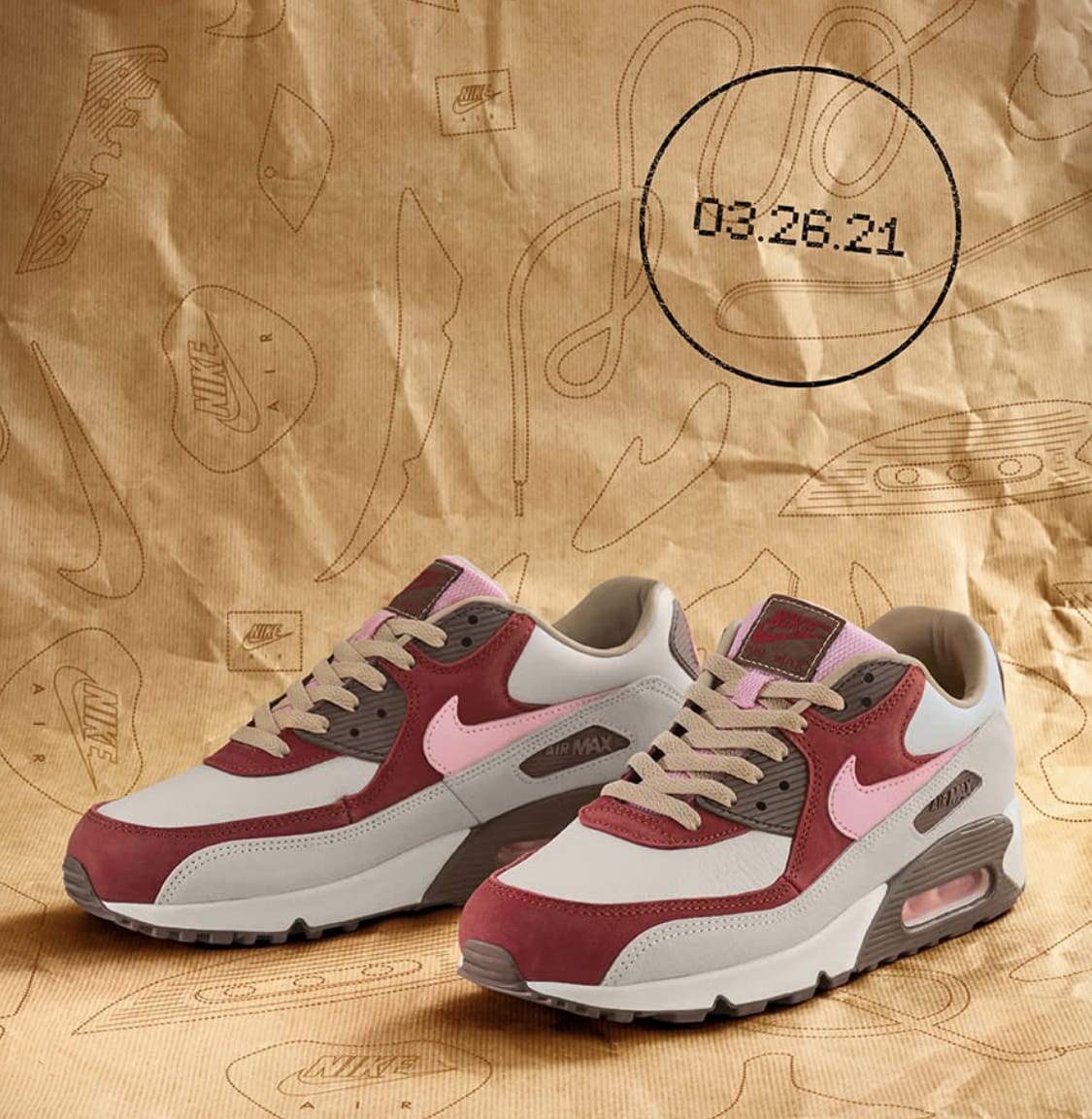 With Nike’s 2020 Air Max Day celebrations still weeks away, the beloved Air Max 90 “Bacon” collaboration is reportedly receiving a re-issue in March according to py_leaks.

The style was originally released in 2005 with the now-closed New York City sneaker boutique Dave’s Quality Meat that resembles the slice of bacon that features various hues including red, pink and sail on the leather and suede upper. Pairs of the original release are currently fetching prices upwards of $1,000 on the secondary market in deadstock condition.

Last month, Nike also confirmed its plans to celebrate the Air Max 90’s 30th anniversary that’s taking place this year by bringing back the classic model in its true original form, which began with the release of a new tonal “Sail” colorway and with additional makeups arriving in the months ahead.

Though an official release date has yet to be announced, the re-release of the Nike Air Max 90 “Bacon” is rumored to arrive in March. Check back soon for updates.