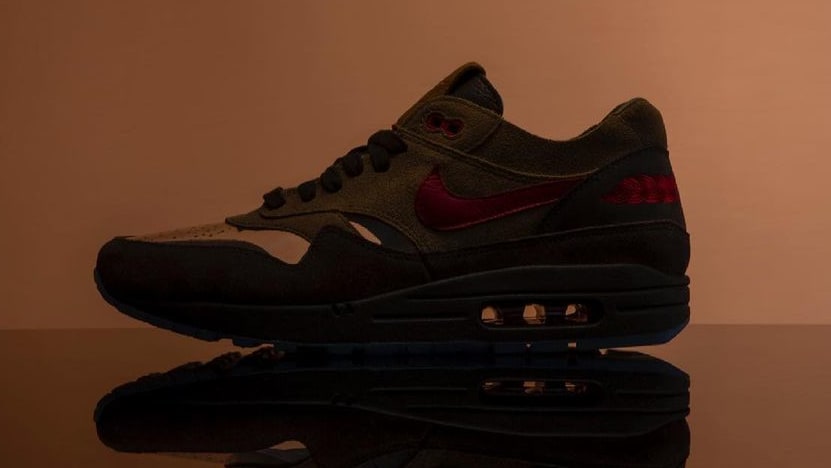 After receiving word that the elusive “Kiss of Death” collaboration could be returning to retailers next year, Clot is also reportedly delivering two new collaborative Nike Air Max 1s soon.

According to sneaker leaker account py_rates_, the Hong Kong-based retailer has two “Rocky Tab/Sport Red-Medium Brown” and “Solar Red/University Red-Cool Grey” Air Max 1 collabs debuting in Spring 2021. Given its far-off release date, an early look has yet to leak but a series of mock-up photos were provided suggesting that it will incorporate a Hyperfuse upper, Clot graphic on the heel and a speckled midsole similar to 2013’s “Kiss of Death 2” collab.

Confirmation on this Clot x Nike Air Max 1 collab has yet to be made official by the brands but stay tuned to Sole Collector for new developments in the months ahead.

UPDATE (03/15): After reissuing its “Kiss of Death” Air Max 1 collab from 2006 last month, Clot has confirmed that its “K.O.D. -CHA” Air Max 1 collab is releasing soon, but a launch date has yet to be announced.