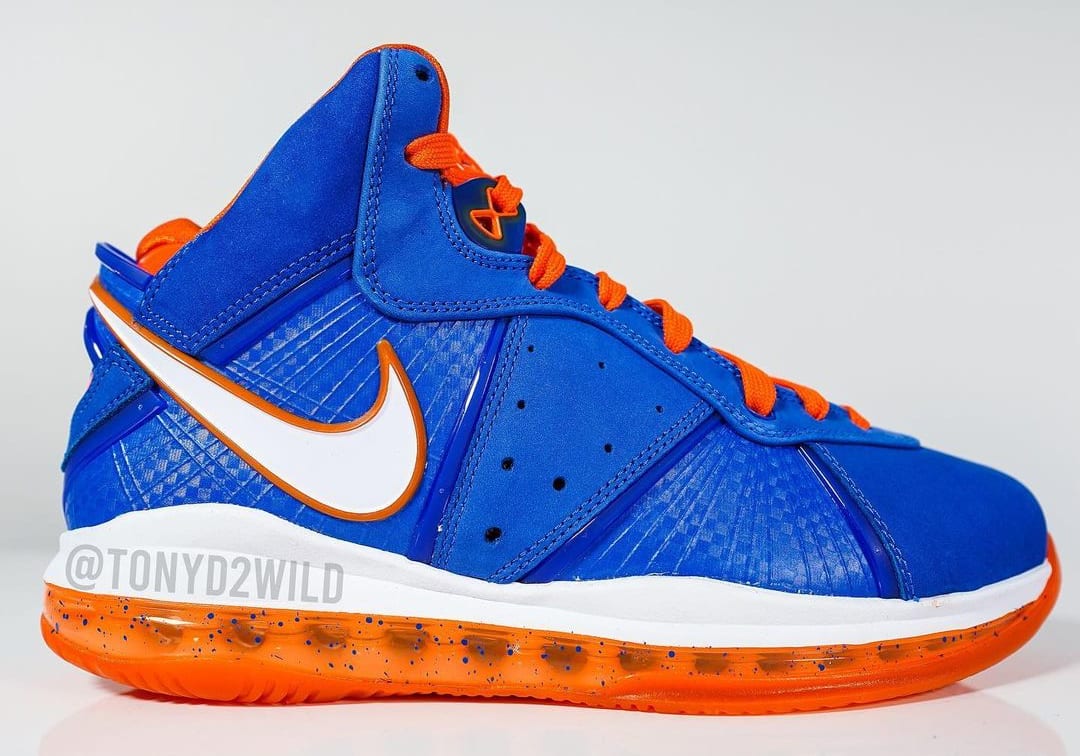 The 90s were dubbed the last golden era for basketball shoes until the early 2010s, when Nike Basketball in particular couldn’t miss. During that time, LeBron James’ signature line was red hot as he made the move from Cleveland to Miami. His first shoe as a member of the Heat was the Nike LeBron 8, mostly known for its eye-catching “South Beach” colorway. However, the model was also treated to highly sought after sample and player exclusive make-ups that weren’t readily available to the public, one of which is rumored to be making its retail debut next year.

According to Soleheatonfeet, the “HWC” LeBron 8 will drop in early 2021. The shoe features a royal, orange and white scheme that is often linked the New York Knicks, but is actually tied to the Cleveland Cavaliers’ throwback uniforms. There was some traction to the “Knicks” nickname at the time because of James’ rumored interest in playing in the Mecca, but that never became a reality.

Images of the 2021 version have not yet surfaced, but all signs point toward a near-exact retro of the original. We’ll keep you updated in the coming months.

UPDATE (03/20): Confirming last year’s rumors, pairs of the “HWC” LeBron 8 Retro are beginning to make rounds, including this look via tonyd2wild. As of now, the release date hasn’t been confirmed, but these are rumored to be one of the upcoming #LeBronWatch releases, which take place on the 23rd of each month for the remainer of the season.