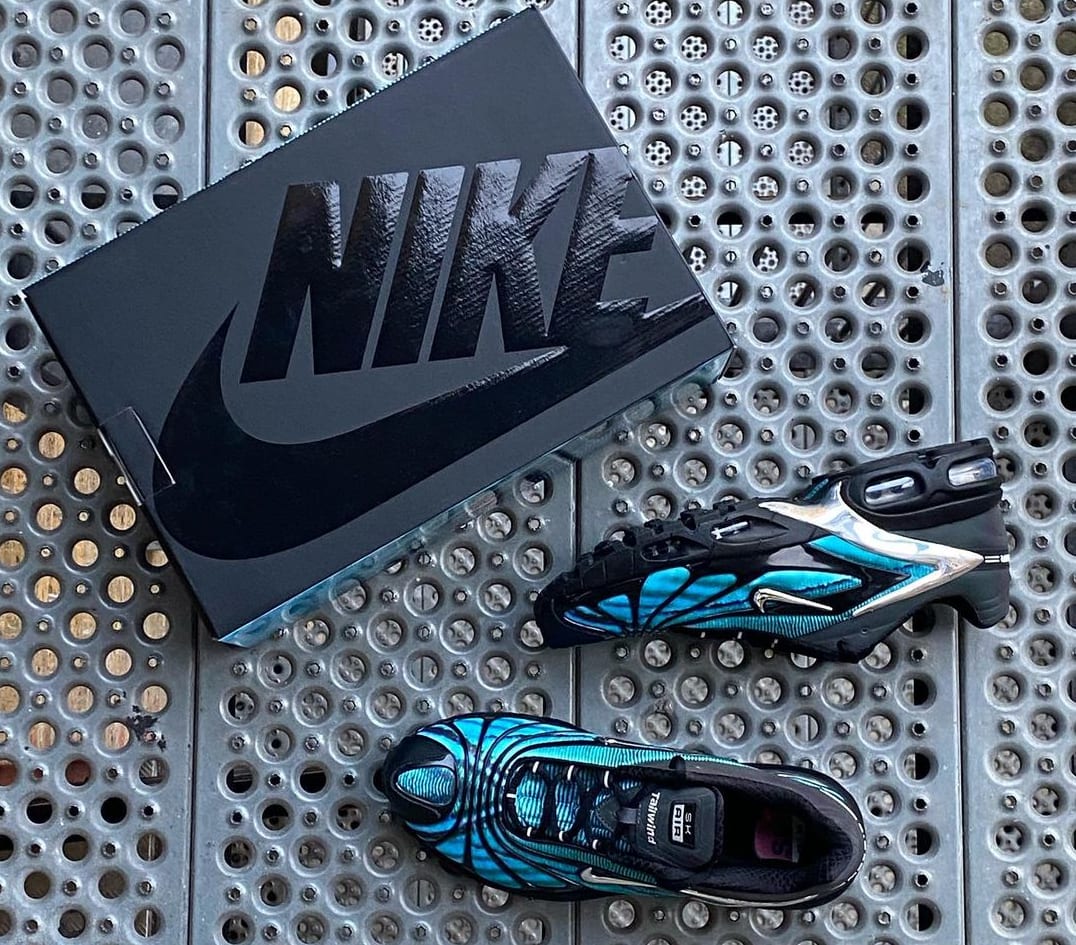 Prior to the release of Skepta’s Nike Shox TL arriving this Thursday, leaks suggest that the Grime artist will have a new collaboration with the Swoosh coming in Spring 2020.

According to py_rates, the artist’s next collab will be on the Air Tailwind V, but an early look has not yet been provided. Based on the description, the shoe is dressed in a black-based color scheme that’s complemented by chrome accents. Similar to the past Skepta x Nike collabs, fans can also expect special branding on the shoe.

While official release info has yet to be announced, the Skepta x Nike Air Tailwind V currently has a tentative Spring 2020 launch date along with a $180 price tag.

UPDATE (03/23): In addition to the red colorway that appeared on eBay in January, a second Skepta x Nike Air Max Tailwind V has leaked thanks to @samutaro. Like the red pair, this version uses a bright blue upper with a static-like pattern. A release date has not been confirmed, but readers can expect updates soon.