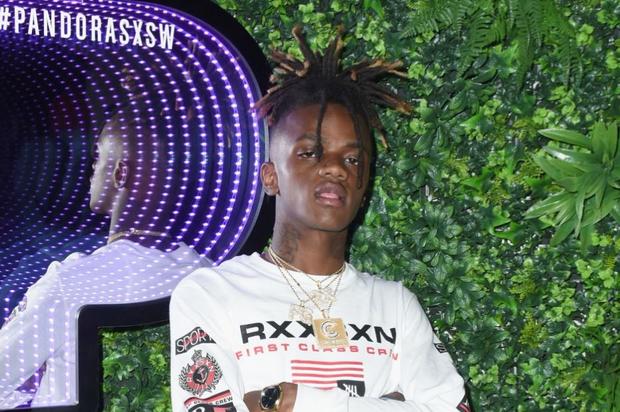 JayDaYoungan’s BM Accuses Him Of Abusing Her While Pregnant

The mother of the rapper’s son not only shared the pictures, but she got into a thumb-thugging war with JayDaYoungan’s girlfriend, Cuban Doll.

Scathing allegations have come forward against JayDaYoungan. Back in October 2020, we reported on the news that the rapper had been arrested following a domestic dispute. The 22-year-old was taken into custody after he allegedly “punched, pushed, and grabbed” a woman, but she wasn’t named at the time. Earlier that year in February, a warrant was issued for his arrest after he stood accused of beating his pregnant girlfriend. The alleged victim of his reported attack remained unknown, however, the mother of his child, a woman named Jordan, has come forward with her story—and she dropped off a few photos to prove her case.

Jordan shared that while she was pregnant, JayDaYoungan allegedly physically abused her, and she uploaded a series of photos that showed her battered and bruised body. The rapper’s current alleged girlfriend, Cuban Doll, seemed to ruffle Jordan’s feathers, and the two ladies soon engaged in a back-and-forth on Twitter.

“Child I should’ve just answered the phone for Jay a few mins ago…” wrote Jordan. “You a embarrassment on your ‘Boyfriend’ ..like who girlfriend acts like that towards they child mother. Like if your so called happy and stull why videos of my child and his daddy bother you? But oh well anyway.” Cuban Doll tweeted, “Stop putting my tweets next to another mfa tweets these are not related.”

Jordan believes that old videos she shared of JayDaYoungan with their son caused Cuban Doll to react online. What led up to her posting the photos of her injuries remains unclear, but this is the second beef Cuban Doll has engaged in recent months. She previously had a fight with King Von’s sister Kayla B that unraveled in real-time and resulted in a physical altercation. Check out the most recent uproar below.

DreamDoll Gets Hyped At Club & Almost Loses Iced Out Chain