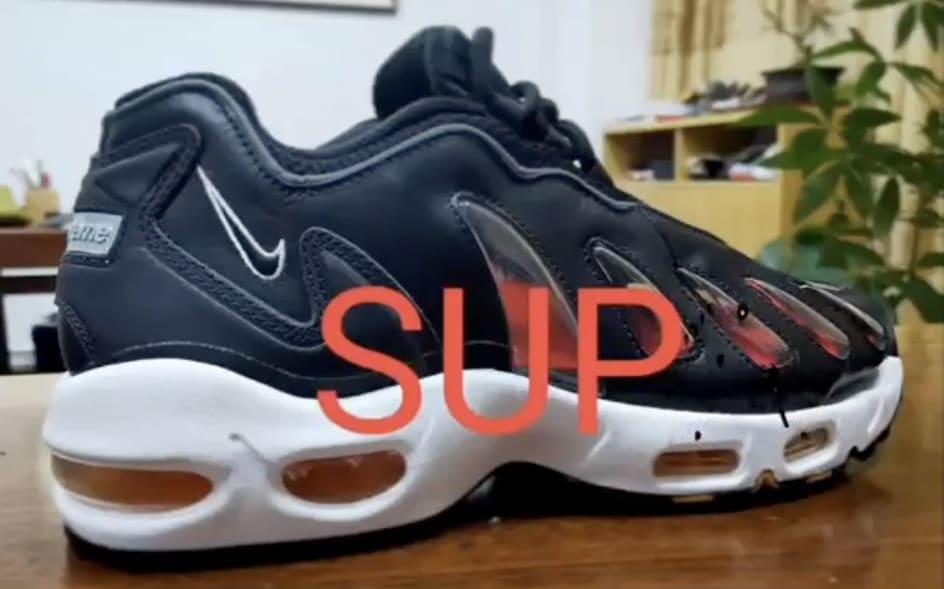 As the skatewear-turned-streetwear brand has been known to do in the past, Supreme has opted to put its spin on an under-the-radar silhouette as seen with this iteration of the Air Max 96, courtesy of spicychickenwings. While release details are slim, the pair may not be arriving as part of this year’s collection as additional projects involving the Air Cross Trainer 3 Low and the Air Max Plus are also reportedly still on the way.

An official release date has not been announced for Supreme’s Nike Air Max 96 collab but stay tuned to Sole Collector for updates as new developments become available.

UPDATE (04/13): It’s been quite a few months since Supreme’s upcoming Nike Air Max 96 collab initially surfaced and now, a second colorway has leaked courtesy of @Atatf. This time, the classic running shoe comes dressed in a black-based leather upper combined with translucent panels featured at the forefoot as well as red hits on the Swoosh, the tongue, and insole. As of now, release details for the Supreme x Nike Air Max 96 collab have yet to be announced.