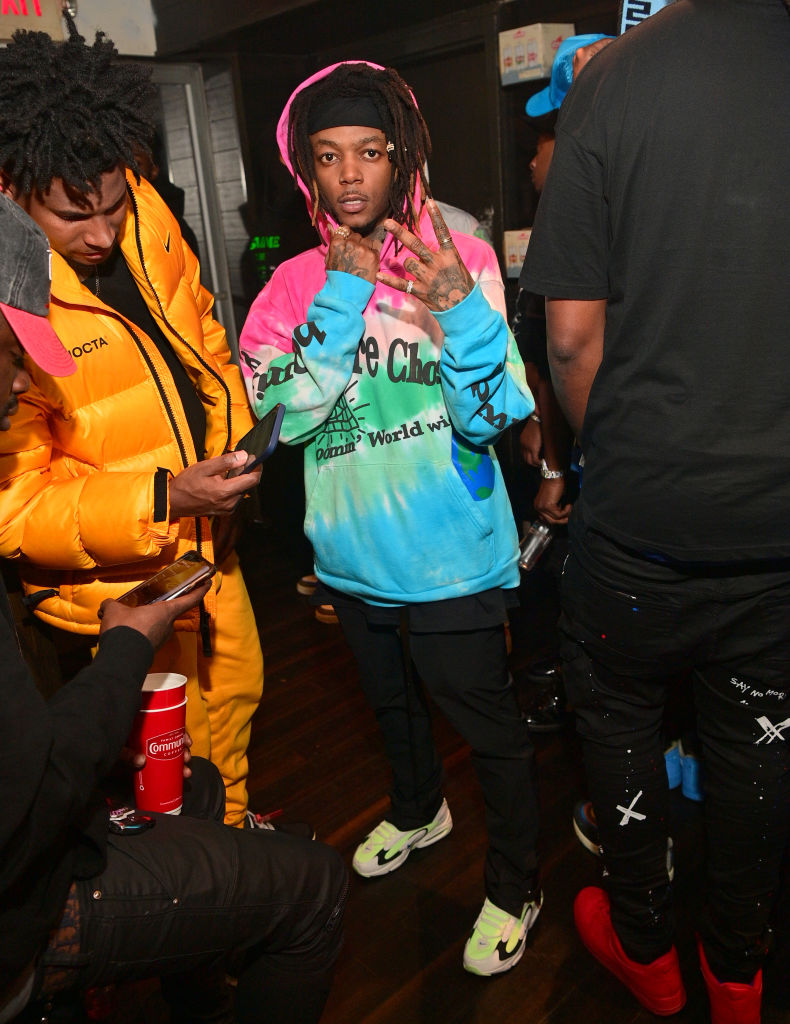 J.I.D’s The Forever Story, provided he opts to retain that title, is easily one of hip-hop’s most anticipated albums. Presumably set to drop later this year, J.I.D. has yet to provide much in the way of concrete information surrounding the project. Though he has teased potential collaborations with Benny The Butcher and Cordae, as well as the rumored involvement of No I.D as executive producer, fans have been left speculating as to what the Dreamville lyricist has been cooking up.

As it happens, J.I.D recently took to Instagram to provide an update of sorts, sharing a collection of photos and videos from the ongoing creation of his album. “This is how u make an album,” he captions. Plenty of familiar faces can be found throughout the slideshow, including Denzel Curry, 6LACK, Buddy, and Smino, with the latter appearing to have already laid down some vocals for an upcoming track.

While not included in any of the pictures, producers Jetsonmade and Dem Jointz slid into the comments, which may very well suggest their interest in contributing to the project. “You missing jetson,” writes Jetsonmade, leaving us wondering as to whether or not we’ll see them remedy that before the album wraps.

On a related note, it hasn’t been an entirely dry period for J.I.D fans. The talented emcee recently dropped off his new single “Skegee,” and yesterday he joined forces with Conway The Machine and Ludacris for the Don Cannon produced banger “Scatter Brain.”  Given the chemistry he and The Machine have clearly developed on wax, it would certainly be nice to see them go for the hat trick when The Never Story rolls around.

Stay tuned for more news on J.I.D’s upcoming album, clearly still in the creation stages if these photos are any indication, and sound off if you’re eager to hear what he’s been working on.