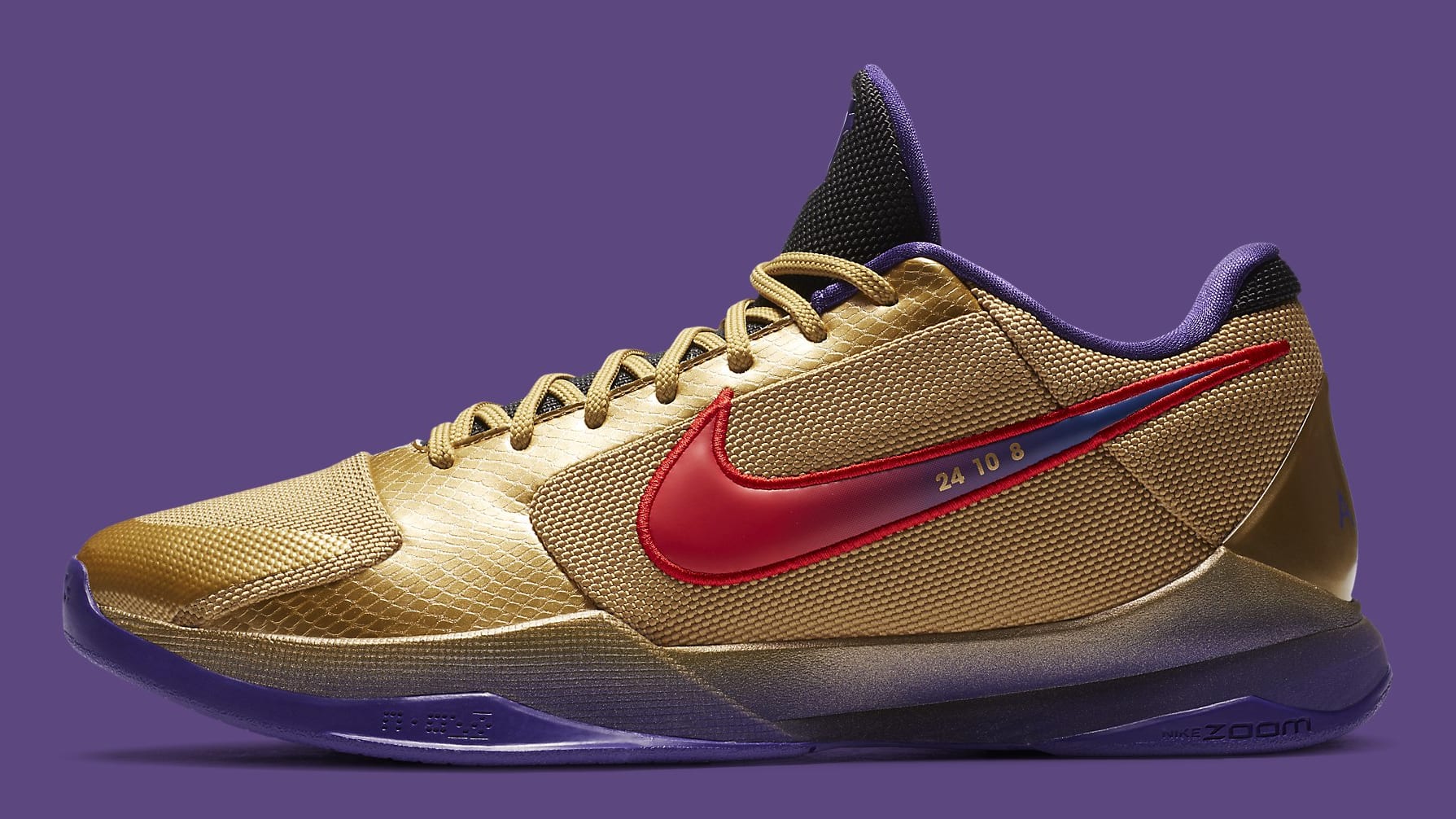 A follow-up to the Undefeated x Nike Kobe 4 Protro pack that released last year, the L.A.-based sneaker boutique may have a new Nike collaboration in the work, this time, putting its input on the Kobe 5 Protro according to py_leaks.

While official release dates have yet to the confirmed by the brands, the Undefeated x Nike Kobe 5 Protro pack is expected to release in Fall 2020 for $190 each. Stay tuned to Sole Collector for updates.

UPDATE (08/13): Nike has confirmed that Undefeated’s Kobe 5 Protro “What If” collab will release exclusively on Aug. 27 at Undefeated stores in celebration of “Mamba Week.” The pack consists of a multicolored “Dirty Dozen” iteration inspired by the colors of the 12 teams that passed on Bryant during the 1996 NBA Draft and a white-based “Unlucky 13” pair inspired by the franchise that traded him, the Charlotte Hornets. A release date for the gold-based “Hall of Fame” colorway has not been announced.

UPDATE (08/25): Here’s an official look at Undefeated’s Nike Kobe 5 Protro “What If?” pack releasing exclusively on Undefeated.com and at Undefeated stores on Aug. 27 for a retail price of $390.

UPDATE (08/31): The Undefeated release of its Kobe 5 Protro “What If?” pack has come and gone, but it looks like there could be at least one more chance to pick up the sneakers. Nike is teasing a SNKRS-exclusive restock for tomorrow, Sept. 1 at noon ET.

UPDATE (05/07): Undefeated has confirmed that its “Hall of Fame” Nike Kobe 5 Protro collab is releasing on May 12 in celebration of the late Kobe Bryant’s induction in the 2021 NBA Hall of Fame ceremony, which will take place on May 15.