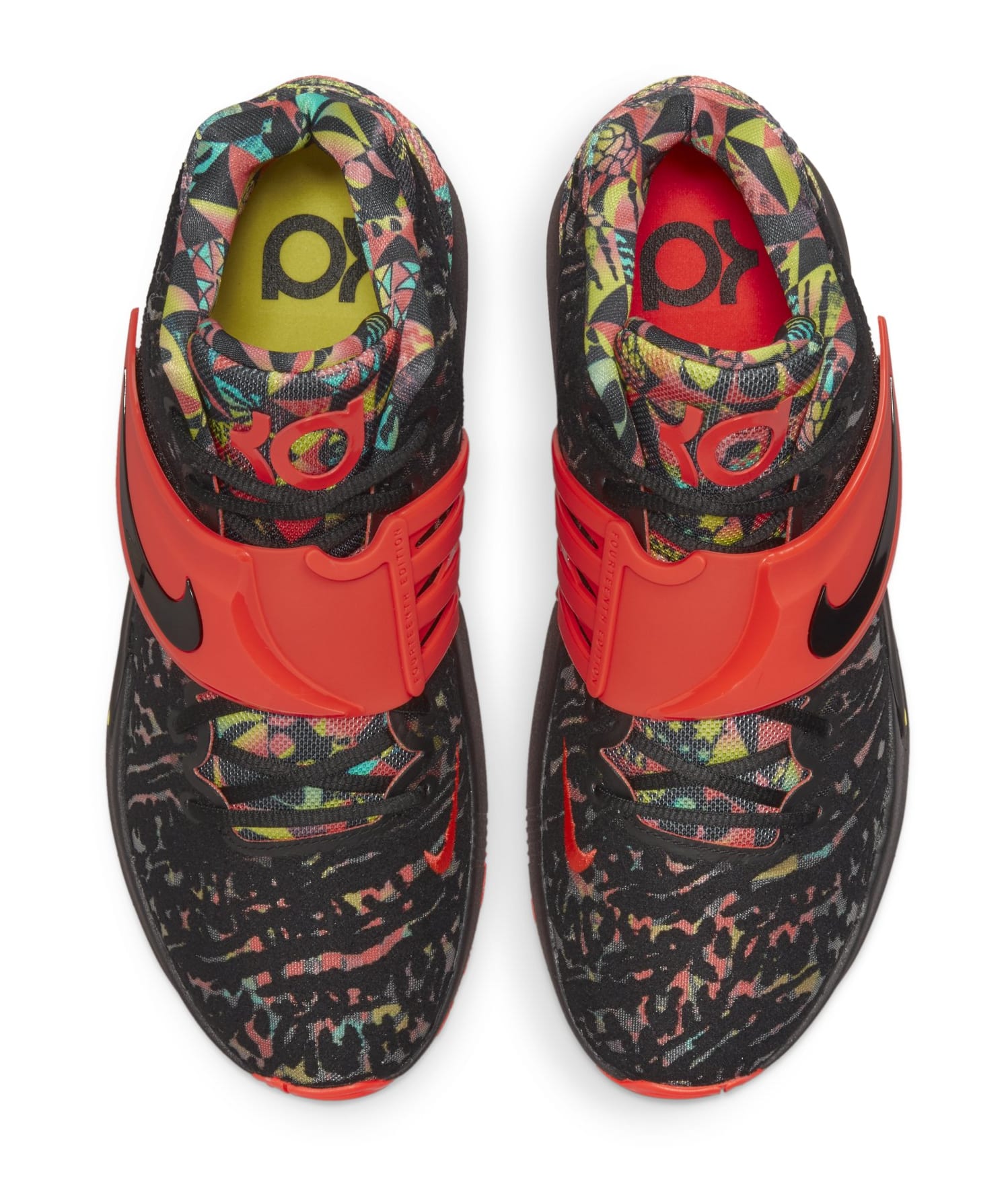 In March, we learned that the popular “Weatherman” theme from the KD 4 will soon be applied to the Kyrie 7, and now, it looks like the roles are being reversed for an upcoming release of Kevin Durant’s current signature shoe.

Official Nike product images shared by @US_11 on Twitter show a first look at an all-new KD 14 that appears to use the “Dream” Kyrie 1 from 2014 as the inspiration behind the colorway. The design isn’t as direct as the aforementioned “Weatherman” Kyrie 7, but the multicolored geometric pattern applied throughout the model is nearly identical to the inspiration.

As of now, Nike has yet to confirm that this upcoming KD 14 colorway is indeed inspired by the Kyrie 1, but expect official details of the shoe including the release info to arrive in the weeks ahead.