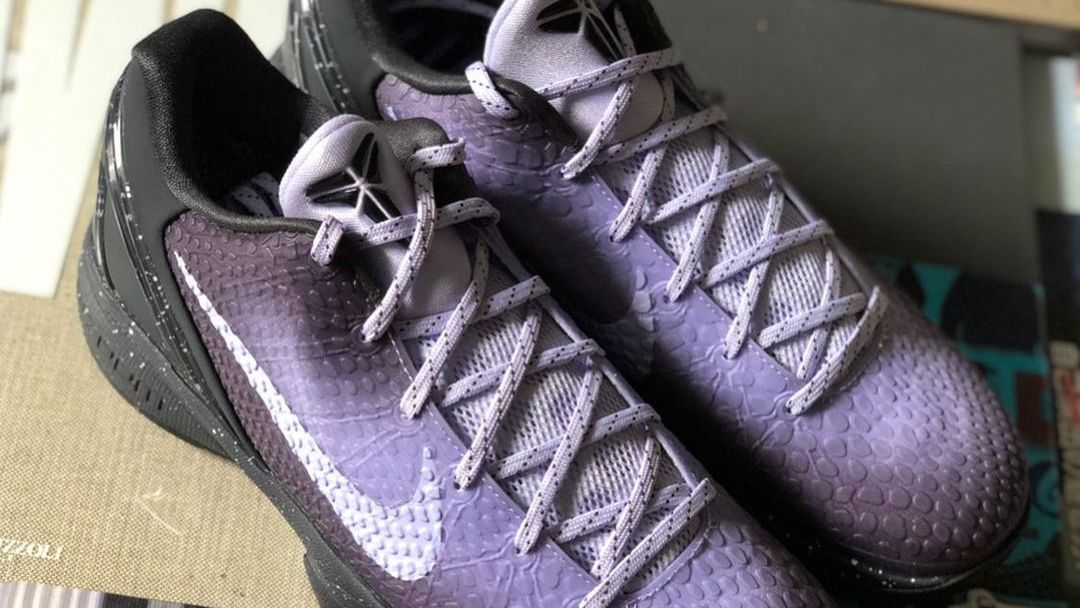 While the future of Kobe Bryant’s Nike signature line remains unconfirmed, a Nike Basketball tradition continues this year with a new EYBL colorway on the Mamba’s latest Protro model.

First looks at the Nike Kobe 6 Protro “EYBL” have surfaced courtesy of @regularolty and a handful of NBA players. The shoes feature a upper that’s been given a gradient treatment with varying shades of purple. Additional details setting these apart from other Kobe 6 Protros is a speckled effect on the midsole and heel counter, the latter of which features the EYBL basketball logo.

Nike’s Elite Youth Basketball League, now in its 11th year, features to players from across the country under the age of 17. The circuit usually culminates with the Peach Jam tournament in July, although the entire event was canceled last year due to the coronavirus pandemic. The 2021 field includes 36 teams and the schedule is expected to be announced soon.

While some EYBL sneakers have released in the past, including Bryant’s own Kobe 5 Protro last year, it’s not yet confirmed if this Kobe 6 Protro will be available to the public. Further complicating matters is the uncertainty around Bryant’s future Nike releases, however we’ll update this page if a drop date is announced.