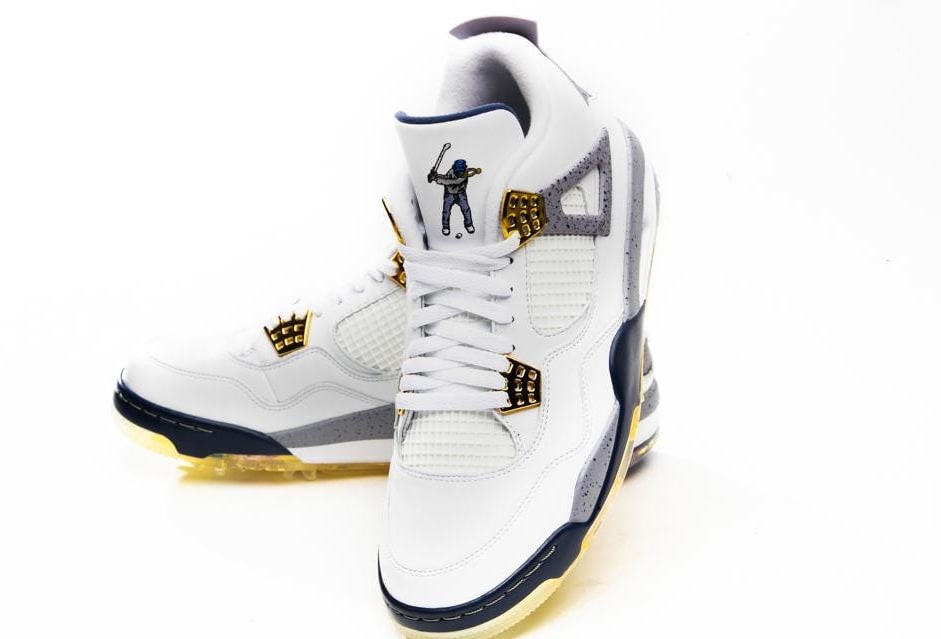 In addition to the new colorways we’ve already seen this year, there’s another Air Jordan 4 Golf coming—but this time designed in collaboration with Eastside Golf.

Founded just two years ago by Olajuwon Ajanaku and Earl Cooper, Eastside Golf has already established itself as a popular lifestyle apparel brands among the golfing community thanks to its unique graphics that are inspired by youth and street culture combined with traditional golf aesthetic. Expanding beyond apparel, the brand is dropping a special Air Jordan 4 Golf collab, pictured here courtesy of Forbes.

The shoe features a white leather base with cement details on the shoe’s overlay panels and midsole. Adding to the look is Eastside Golf’s signature logo embroidered on the tongue while a spiked outsole with co-branding appears underneath.

“Our brand means something. It means that Jordan [Brand] actually believes in golf,” Ajanaku told Forbes. “Even [speaking] with Michael Jordan, and him believing in Eastside [Golf]. That’s really important and shows we’re going down the right path. That golf is itching for a new vision of how it’s supposed to look, and how it is going to look moving forward. There is a lane for this.”

According to Forbes, readers will be able to enter a raffle for a chance to purchase the Eastside Golf x Air Jordan 4 collab starting today, July 23 at Eastsidegolf.com when it officially drops on Aug. 7.