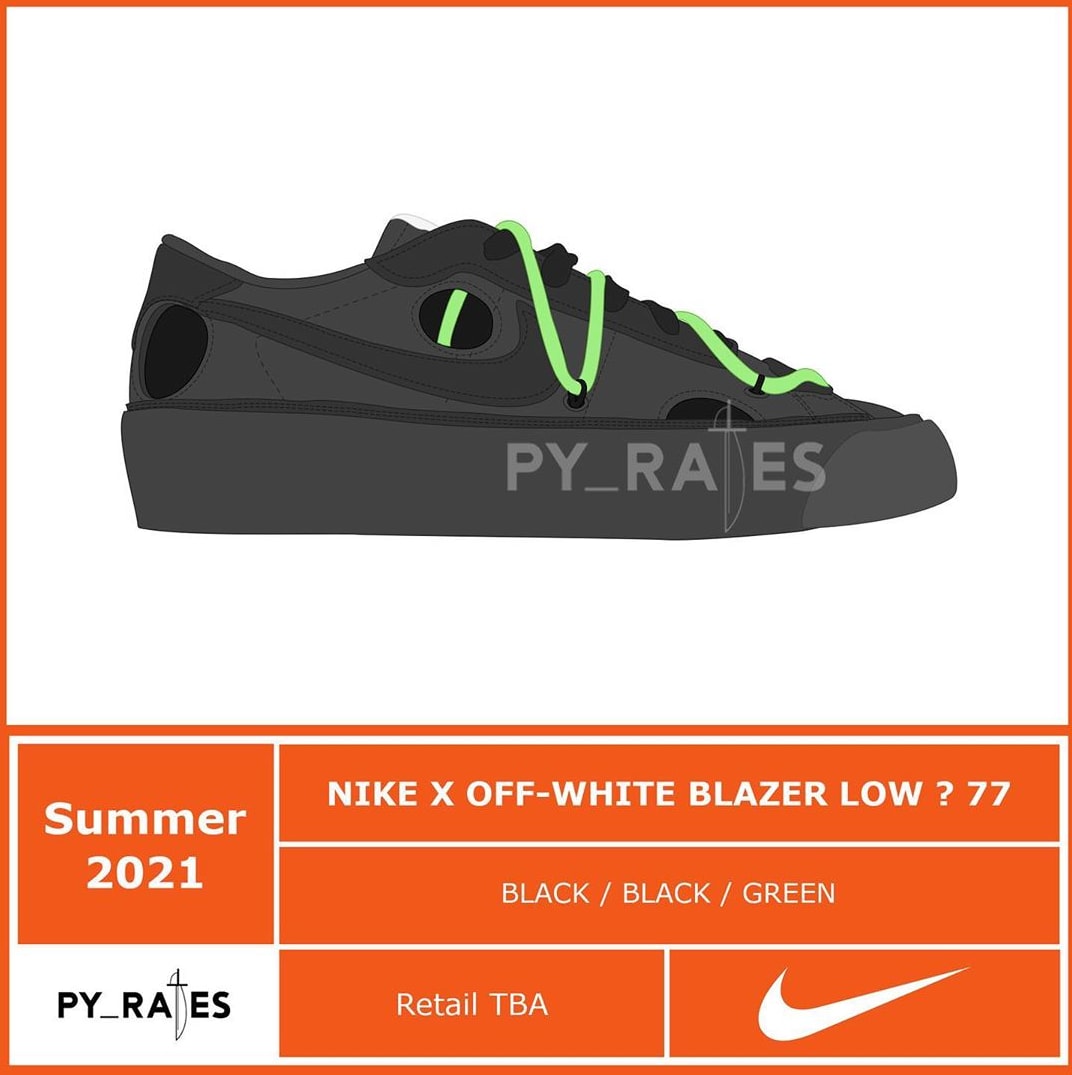 Sacai may not be the only label with a Nike Blazer Low collaboration releasing in 2021. According to new reports from leaker account py_rates, Off-White designer Virgil Abloh is also working on a pair for next summer.

Images of the shoe are currently unavailable, but a mock-up depiction from the sneaker info account suggests that it will wear an all-black color scheme with signature Off-White details like circular cutouts and overlapping lacing.

The Nike Blazer was originally part of Abloh’s Nike “The Ten” collection in 2017 but he opted for the high cut there instead of the low. Alterations were made to that silhouette that exposed foam on the tongue and placed larger Swoosh branding on the sides.

While the release details have yet to be confirmed by the brands, the Off-White x Nike Blazer Low is expected to drop in Summer 2021.

UPDATE (09/01): It appears that there’s another Off-White x Nike Blazer Low debuting next year. According to py_rates, a pair styled in “White/University Red” is joining the lineup. As of now, Nike hasn’t confirmed the release for the Off-White x Blazer Low collab, but both styles are rumored to arrive in Summer 2021.

UPDATE (07/27): Thanks to @Wavegod_thelegend on Instagram, we now have a first look at one of two Off-White x Nike Blazer Low styles reportedly dropping this summer, but a release date for the collab is currently unknown.