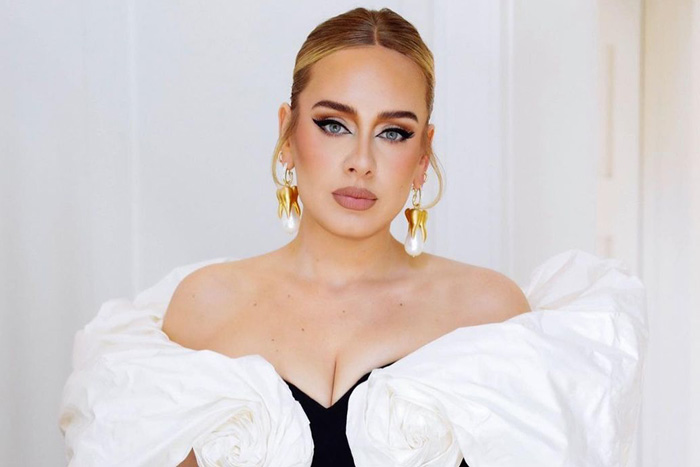 After sparking romance rumors earlier this summer, the “Hello” singer has seemingly confirmed that she and Rich Paul are dating. She posted a black-and-white photo of her and her sports agent boyfriend in a photo booth from Anthony Davis and Marlen P’s wedding in Los Angeles on Saturday night (Sept. 18). Adele was stunning in a black-and-white Schiaparelli gown, while Paul looked dapper in a velvet tuxedo.

The photo was included as the last slide in a gallery of three images, which Adele captioned with a red heart emoji.

The two have been together for several months now, but this is the first time Adele has publicly acknowledged their relationship. In July, they fueled romance rumors while pictured courtside during Game 5 of the NBA Finals in Phoenix. They have also appeared together at Robert Kraft’s birthday party and were spotted at dinner in West Hollywood last month.

“They are [definitely] dating,” a source told Page Six earlier this summer.

Adele finalized her divorce from Simon Konecki in March. They share an 8-year-old son, Angelo.