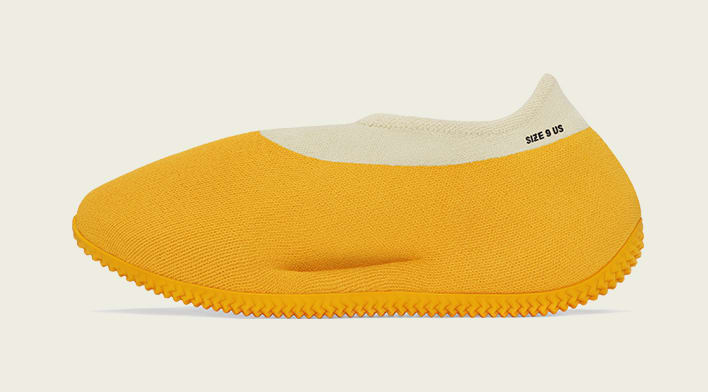 Out of nowhere, Adidas Originals confirmed that a new Adidas Yeezy shoe is making its retail debut soon and there’s only one place where you can buy it.

Earlier today, the Three Stripes announced on Twitter that the Yeezy Knit Rnr will be available tomorrow in the “Sulfur” colorway. The shoe features a laceless, slip-on upper wearing a sail-based makeup while the lower half of the knit and the outsole are dipped in yellow. Additional details include the size of the shoe printed on the collar.

According to the Yeezy Supply website, the “Sulfur” Yeezy Knit Rnr is releasing tomorrow, Sept. 23 exclusively at Yeezysupply.com at 8 a.m. ET. As of now, the retail price for the shoe has yet to be revealed. The website also suggests that fans order a half size up from their standard shoe size.