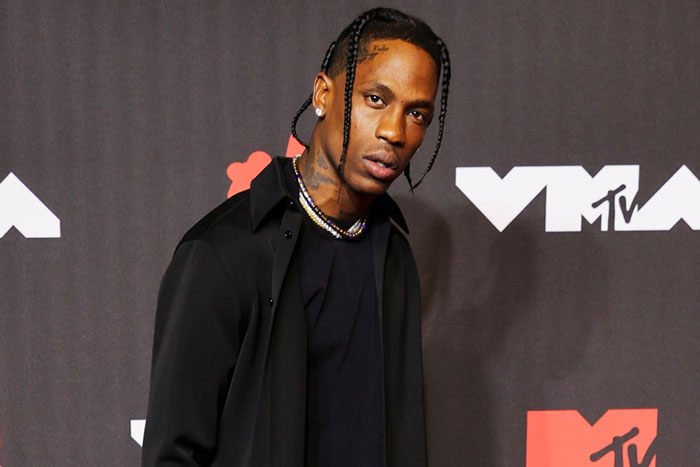 Travis Scott resurfaced for the first time since the Astroworld tragedy.

Over two weeks after the deadly events at the Houston festival, which claimed the lives of 10 people and injured hundreds more, the rapper was spotted in the Palm Springs area this week. A photo shared on social media shows Travis seated alongside Mark Wahlberg and Cory Gamble on a patio with palm trees in the background.

Travis appeared to take in some golf with Michael Jordan and Wahlberg during the holiday break. French-American actor Saïd Taghmaoui shared the pics and video, including a selfie of him and Travis on the golf course, which has since been removed.

Travis may have traveled from Houston to California to spend the Thanksgiving holiday with Kylie Jenner and their daughter Stormi. Kylie’s mother Kris Jenner owns a house in an exclusive community in La Quinta near Palm Springs, where he could be staying. The couple is expecting their second child together early next year.

Travis has kept a low profile and avoided social media following the Nov. 5 catastrophe. “I could never imagine anything like this happening,” he said a day after the tragedy. “I just want to send out prayers to the ones that was lost last night… My fans really mean the world to me and I always just want to leave them with a positive experience.”

He has reportedly reached out to the grieving families and offered to pay the funeral costs. “He’s very respectful of their need for privacy and space as they grieve,” said the rapper’s spokeswoman, Stephanie Rawlings-Blake.

Travis and Live Nation are facing over a hundred lawsuits including one for $2 billion and another for $750 million.

Quavo Hands Out Turkeys for Thanksgiving