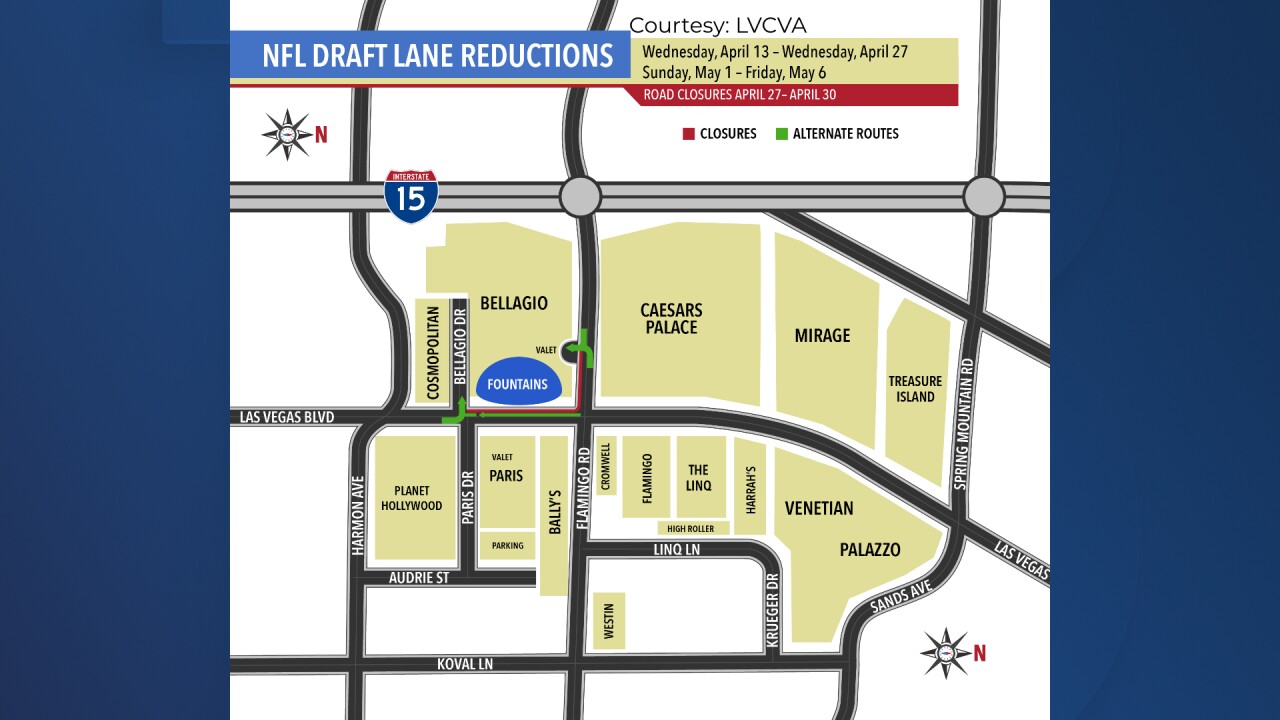 LAS VEGAS (KTNV — The 2022 NFL Draft begins on April 28, and there will be a lot of changes on Las Vegas Strip to prepare for the event.

13 Action News has the latest on what you need to know for the NFL Draft.

The red carpet for the NFL Draft at Bellagio Fountain is coming together!

The NFL Draft Experience will be located behind the High Roller at the LINQ Promenade beginning Thursday, April 28 through Saturday, April 30.

One of the first visible signs of the event’s arrival ahead of the draft is the league’s transformation of the Draft Theater located at the heart of the Strip, behind the High Roller at the LINQ Promenade.

The Draft Theater will house the main stage which will act as the central hub for all draft activities including where pick announcements will be made by Commissioner Goodell and other special guests on days two and three.

There will be many changes on the roads as the NFL Draft gets closer.

Lane reductions will run from April 13 to April 27.

Road closures will be in place again from May 1 to May 6.

Las Vegas will be hosting the draft for the first time!

If you can’t make it down to the Strip to catch the action, make sure to tune in to ABC 13 for full coverage live.

What if they tried the truth? | CARTOONS