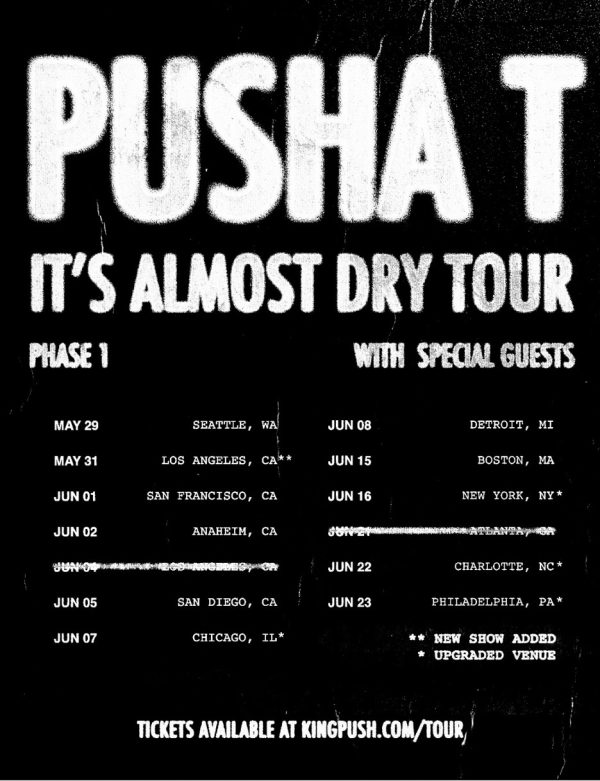 Pusha T has revealed that his fourth album, It’s Almost Dry, will be released on Friday, April 22nd. Ye and Pharrell Williams produced the entire album.

It’s Almost Dry will include songs like “Neck & Wrist,” “Diet Coke,” and “Hear Me Clearly,” and has already been dubbed “Pusha’s best body of work” by Charlamagne Tha God.

“I had the best of both worlds in regards to production and in regards to two people that actually understand who I am and they like two different things from me that I feel are both really great,” Push said to CTG, adding, “this body of work is untouchable because it doesn’t lean too heavy on either side…you get the whole spectrum. It’s my most well-rounded body of work.”

Pusha T will tour the new album this summer, kicking off in Seattle in May before wrapping in Philly this June. Dates are below.