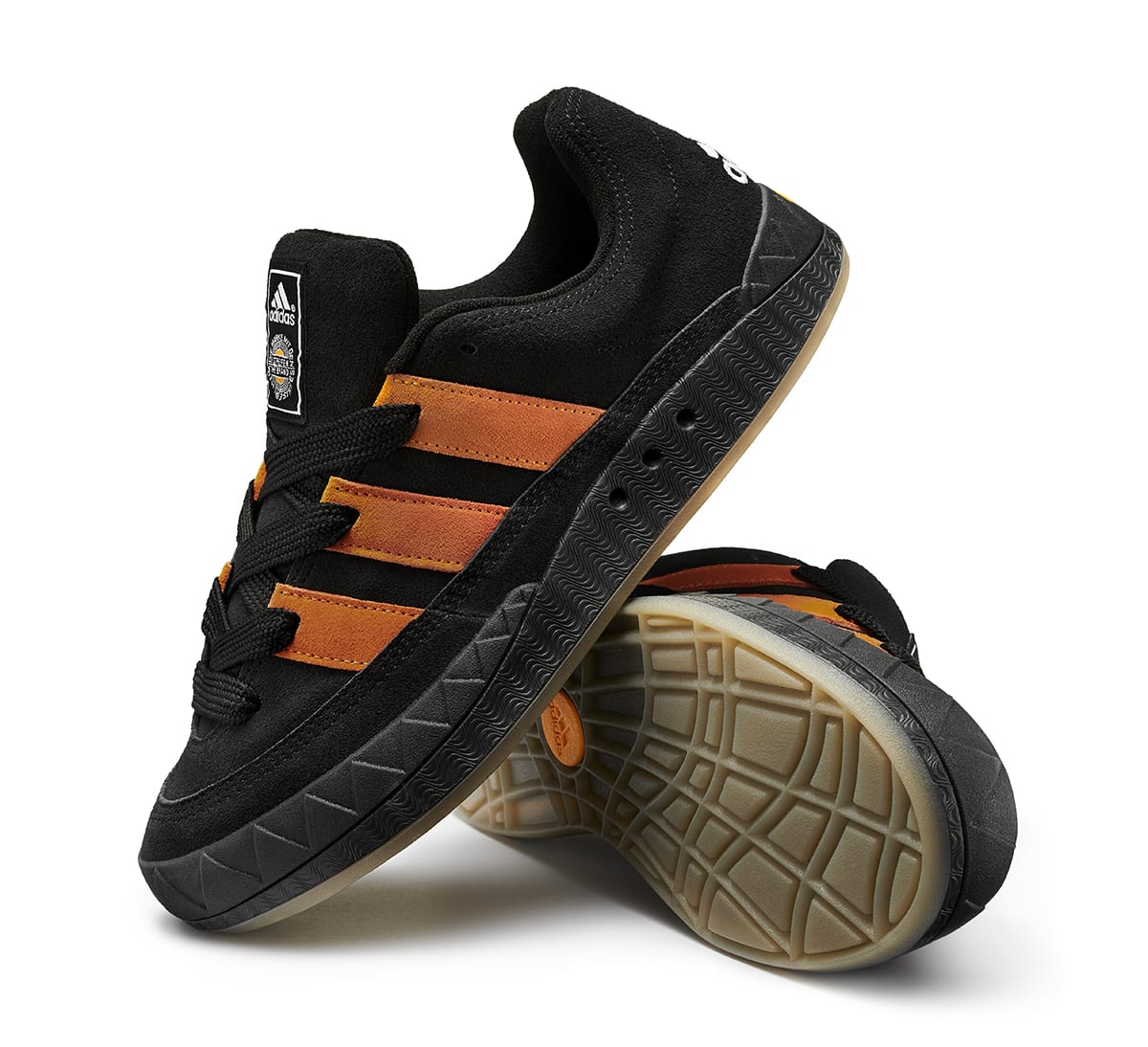 Fresh off of reissuing Jason Dill’s Samba collab from 2019 last month, Adidas Skateboarding has enlisted the help of team rider Jamal Smith for its next sneaker release.

The sneaker pictured here is the Adidas Adimatic by Jamal Smith, which is Smith’s take on the Adimatic silhouette that debuted in the 1990s. According to the brand, Smith’s version of the shoe is influenced by hip-hop production, music sample loops, and his love for doing 360-degree spin tricks on the board.

The shoe wears a stealthy black-based suede upper, with orange accents working their way on the Three Stripes branding. The look is completed with a black midsole and a gum outsole.

“I’m insanely grateful to be a part of the Three Stripes family,” Smith said. “I never thought I’d get the opportunity to work with Adidas. The Adimatic launch makes me feel a mixture of emotions—I’m extremely appreciative and dumbfounded. It means the world to me, for real. I already had the colorway and idea in my head for years. Definitely going to be skating this model for a minute and I hope the rest of the world enjoys it, too.”

Readers will be able to cop the Adidas Adimatic by Jamal Smith starting on May 14 at Adidas.com/skateboarding and at select Adidas stockists for $100.