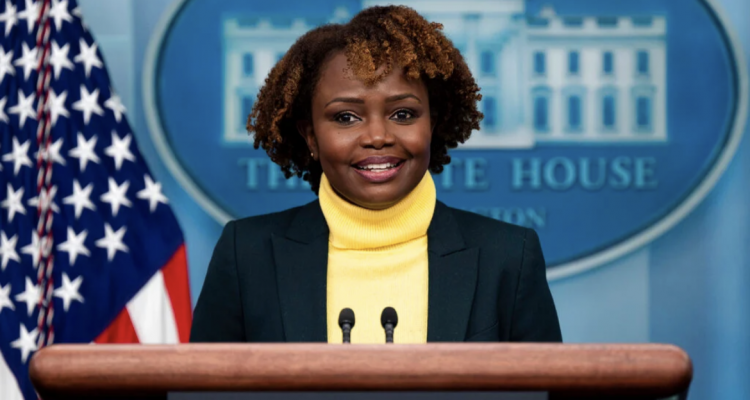 Karine Jean-Pierre has been named the White House Press Secretary making her the first Black and openly gay person in the public-facing and now history-making role.  Raised in Queens Villiage, New York City to Haitian Parents, Jean-Pierre was a long-time advisor to President Joe Biden working as his communications and political aide while he was vice president before being elevated to principal deputy press secretary and now replacing Jen Psaki. “This is a historic moment, and it’s not lost on me,” Jean-Pierre said, describing an “emotional day” and thanking the president and Psaki, whom she called a friend and mentor. “It is an honor and a privilege to be at this podium.” She also made a brief statement, on Twitter, clearly honored and grateful for this new role. “Thank you @POTUS and @FLOTUS for this opportunity. It is a true honor. I look forward to serving this Administration and the American people. I have big shoes to fill. @PressSec has been a great friend, mentor, and excellent press secretary.” Jenn Psaki’s departure is not a surprise. She previously signaled that she intended to have the top post for around a year before leaving to spend more time with her two young children. She’s held the position since Biden took office in January 2021.  She will officially depart her role at the end of next week.  Congratulations to Karine Jean Pierre on this appointment.