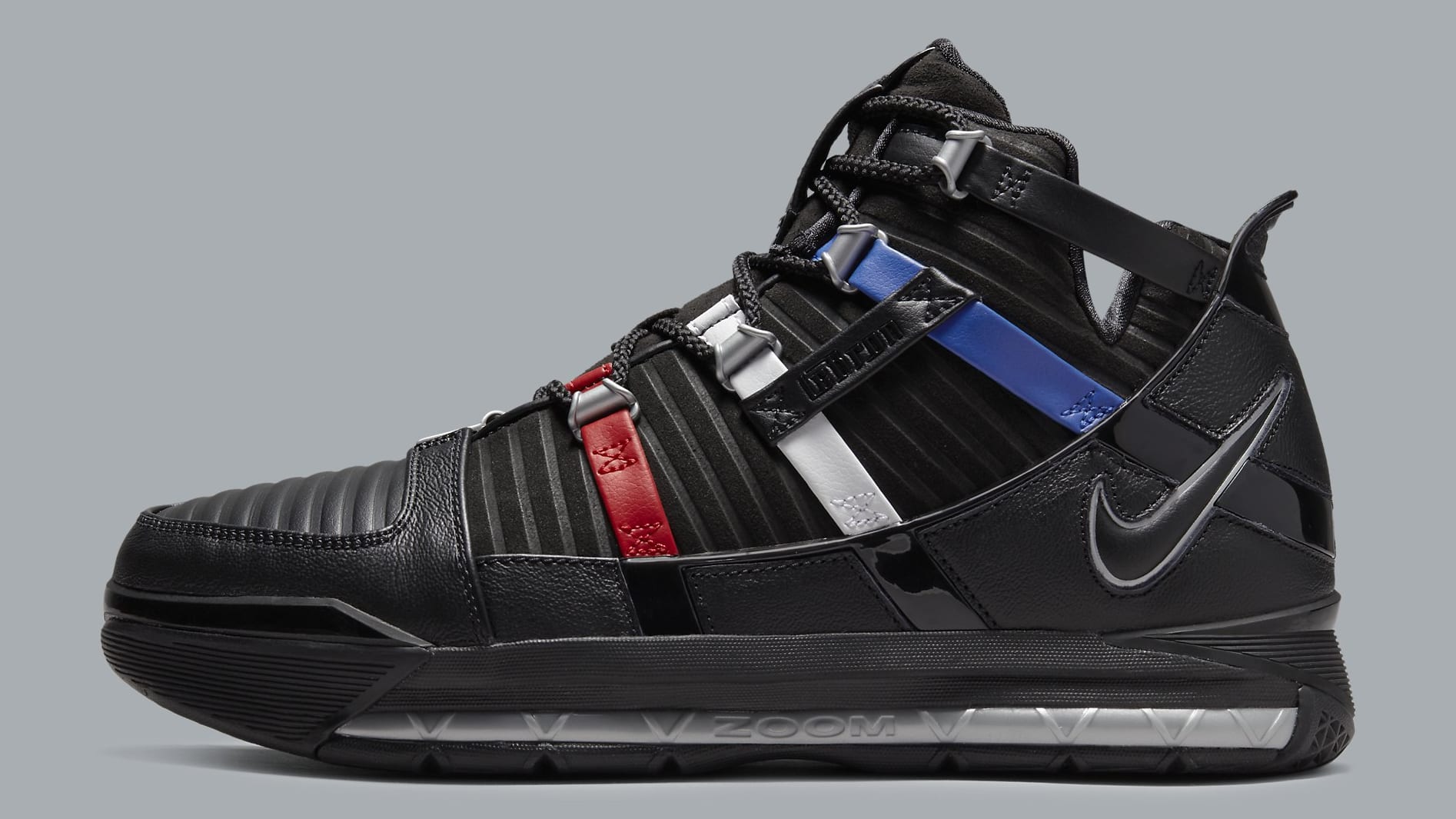 The Nike Zoom LeBron 3, which last re-released in a variety of colorways between 2018 and 2019, is set to make its return to retail in a new colorway soon.

This version is predominantly delivered in black, offset by metallic silver branding and hardware, as well as red, white, and blue straps—an apparent nod to the Ohio state flag. Embroidery along the medial sides includes PE-style nods to LeBron James’ children, Bronny (B), Bryce (B), and Zhuri (Z), along with area code 330 for his hometown of Akron. Silver cuts in again along the Zoom Air bag, which rests atop a mostly black sole.

How Salehe Bembury Became One of the Hottest Sneaker Designers