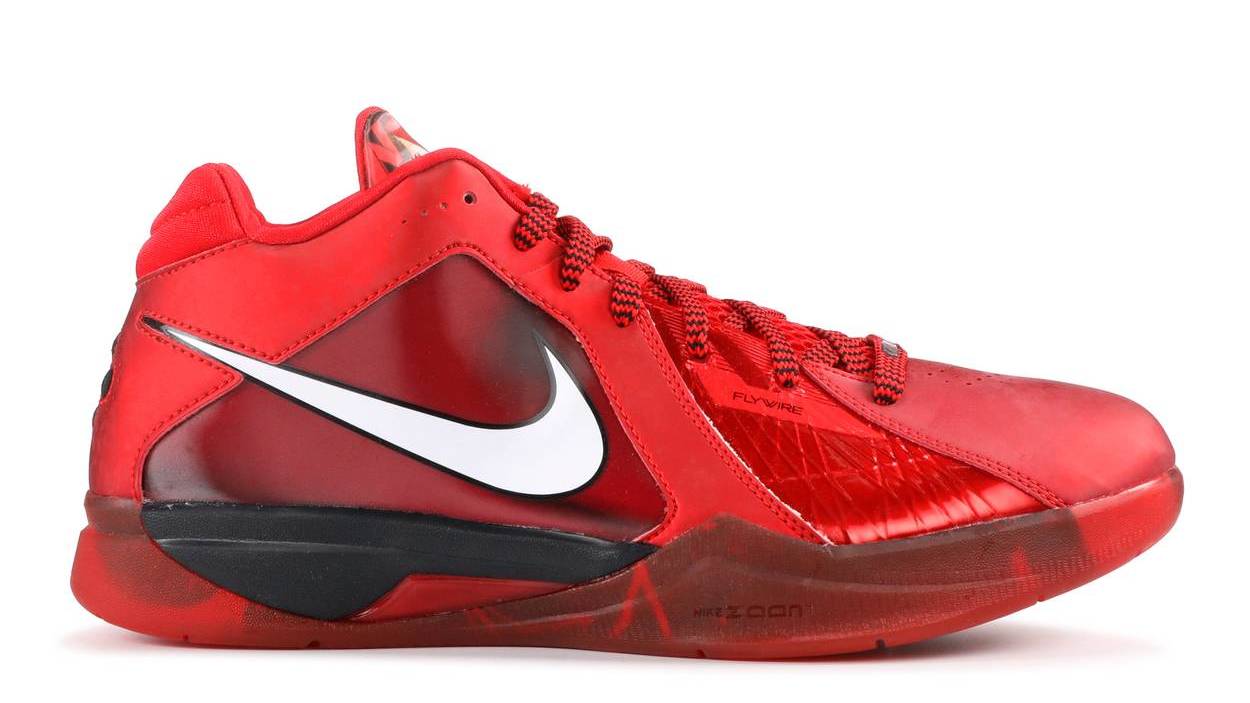 In recent years, sneaker fans were treated to the return of several popular Nike Basketball signature models including the LeBron 7 and the Kobe 5. Now, it appears that the KD 3 is next in line to receive a re-issue.

Per Sneaker Files, the Nike KD 3 “All-Star” will return to shelves in early 2023. The shoe is expected to be exactly the same as the 2011 release. It features a red-based upper with iridescent quarter panels and Flywire tech at the forefoot. The shoe’s standout detail is the special “KD 35” branding on the heel, which is inspired by the buttons on a video game controller. The pair retailed for $88, but there’s no indication if the forthcoming retro will retain the original price point.

The pair shown here is the 2011 release, as the first look at the rumored retro has yet to surface.

As of now, the “All-Star” Nike KD 3 is expected to release in Spring 2023, but official details have not yet been announced by the brand. Check back soon to Sole Collector for new developments including a first look in the coming months.