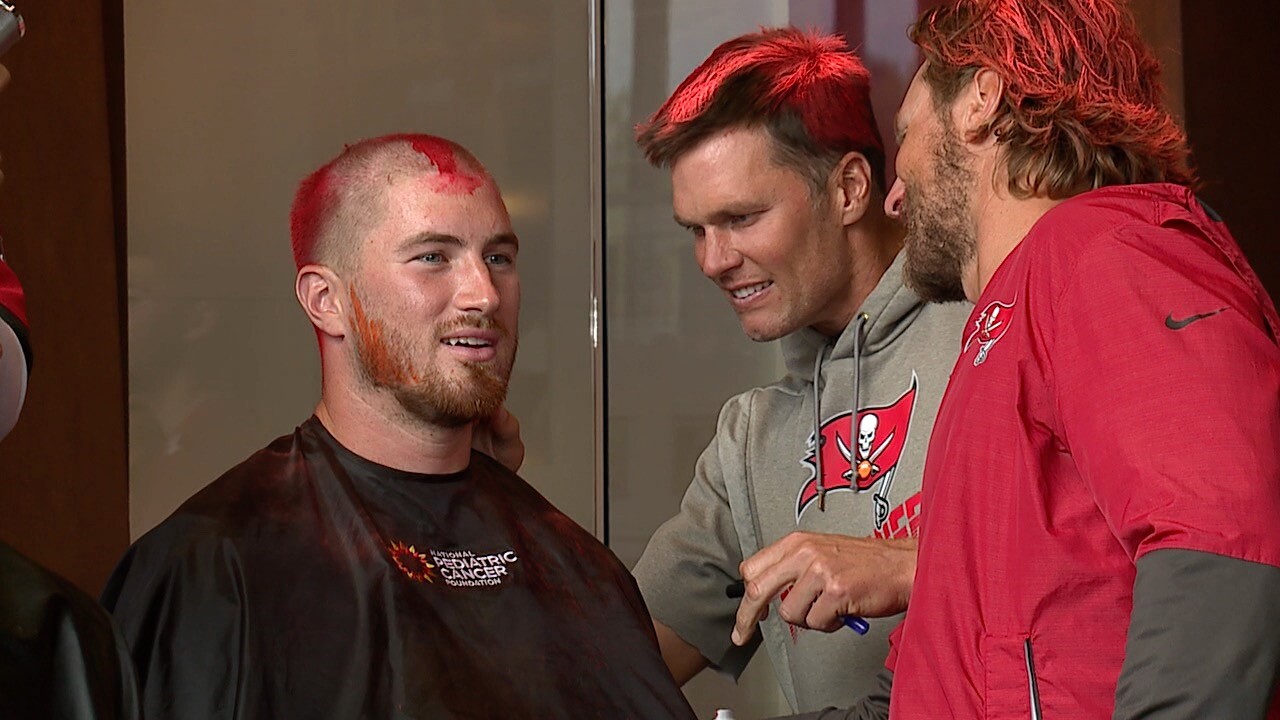 Tom Brady gets new hairdo to raise money for cancer

The Bucs players and personnel allowed pediatric cancer warriors to cut and/or color their hair. It was all to help raise money for the NPCF, which is headquartered in Tampa. The NPCF said its program’s goal is to raise awareness and raise money for pediatric research. According to the NPCF, 43 children are diagnosed with cancer every day.

The Buccaneers have been involved with the NPCF for years and according to the team, have raised more than $500,000 for the foundation.

As for Brady, his legendary hair now has a distinct tinge of both red and creamsicle, all for a great cause.

This article was written by Tim Kephart for WFTS.

Have pity. He didn’t realize student loans had to be paid back. | CARTOONS