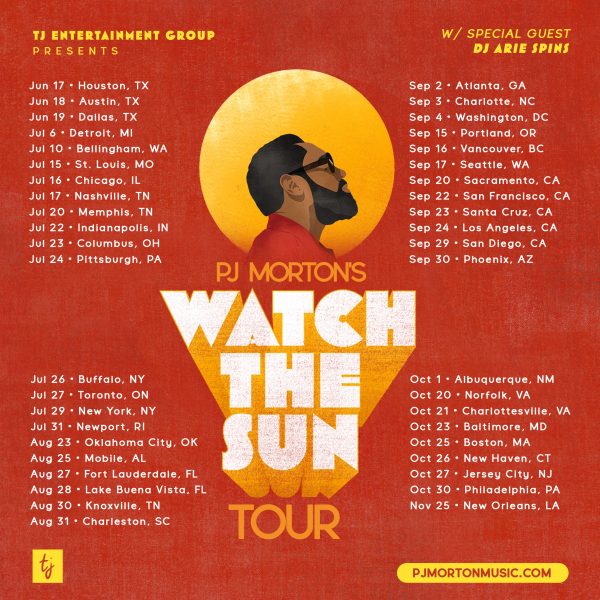 PJ Morton will launch a four-month North American tour this Friday, June 17, headlining a lengthy list of storied venues that just became bigger. The multi-Grammy Award-winning performer, songwriter, and soul singer will now tour over 40 performances and counting in support of his most recent album, Watch The Sun, with the addition of six East Coast dates today, including Baltimore and Boston.

Each stop, which is sponsored by TJ Entertainment Group, will also include a set from up-and-coming DJ Arie Spins, a fellow New Orleanian, before Morton and his unstoppable ten-piece band performs a rousing selection of songs from Watch The Sun live on the stages of the Apollo Theatre, Ryman Auditorium, Aretha Franklin Amphitheatre, and other iconic locations.

In addition, PJ Morton has released a new video for his single “On My Way,” which features El DeBarge.

You can see the full set of dates below and grab tickets here.

Key Glock Releases Video for “No Choice” From ‘Yellow Tape 2’