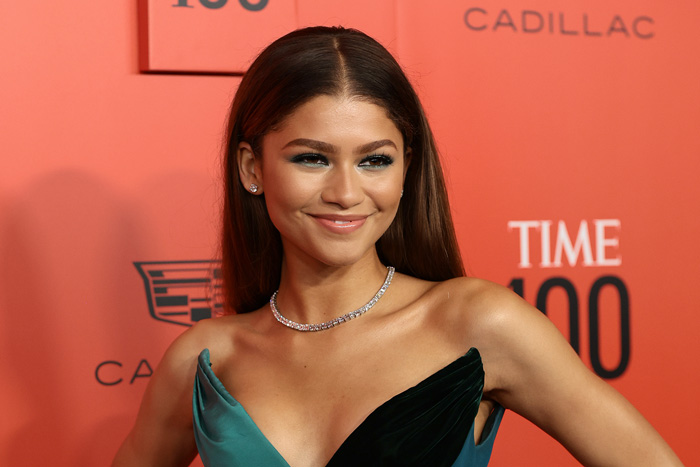 Zendaya is not pregnant.

The “Euphoria” actress is shutting down a rumor that she and her boyfriend Tom Holland are expecting a baby following a viral prank.

“See now, this is why I stay off Twitter…” Zendaya wrote in an Instagram Story Wednesday after her name started trending online. “Just making stuff up for no reason…weekly.”

“Anyway back to filming,” added Zendaya, who is currently shooting Luca Guadagnino’s romantic drama Challengers about the competitive world of professional tennis.

The pregnancy rumor was fueled by a TikTok video showing a fake sonogram that was made to look like Zendaya herself had posted it. The caption read, “I love you. Halfway there,” and the Spiderman actor was tagged. The clip ended with Kris Jenner dancing to “Lady Marmalade” before revealing that the whole thing was made up: “You just got Krissed.”

The prank is known as “Krissing,” a trend in which viewers are tricked into believing a fake story.

Social media weighed in on Zendaya’s rumored pregnancy including Lil Nas X, who admitted to falling for the prank. “i hate twitter because i’m sitting here about to congratulate zendaya via dm about a baby that doesn’t exist,” he tweeted.

Zendaya and Holland first sparked dating rumors after starring together in 2017’s Spider-Man: Homecoming. They appeared to confirm their relationship in July 2021 after they were spotted kissing inside of a car.

The Roots and Burna Boy to Headline Return of AFROPUNK Brooklyn