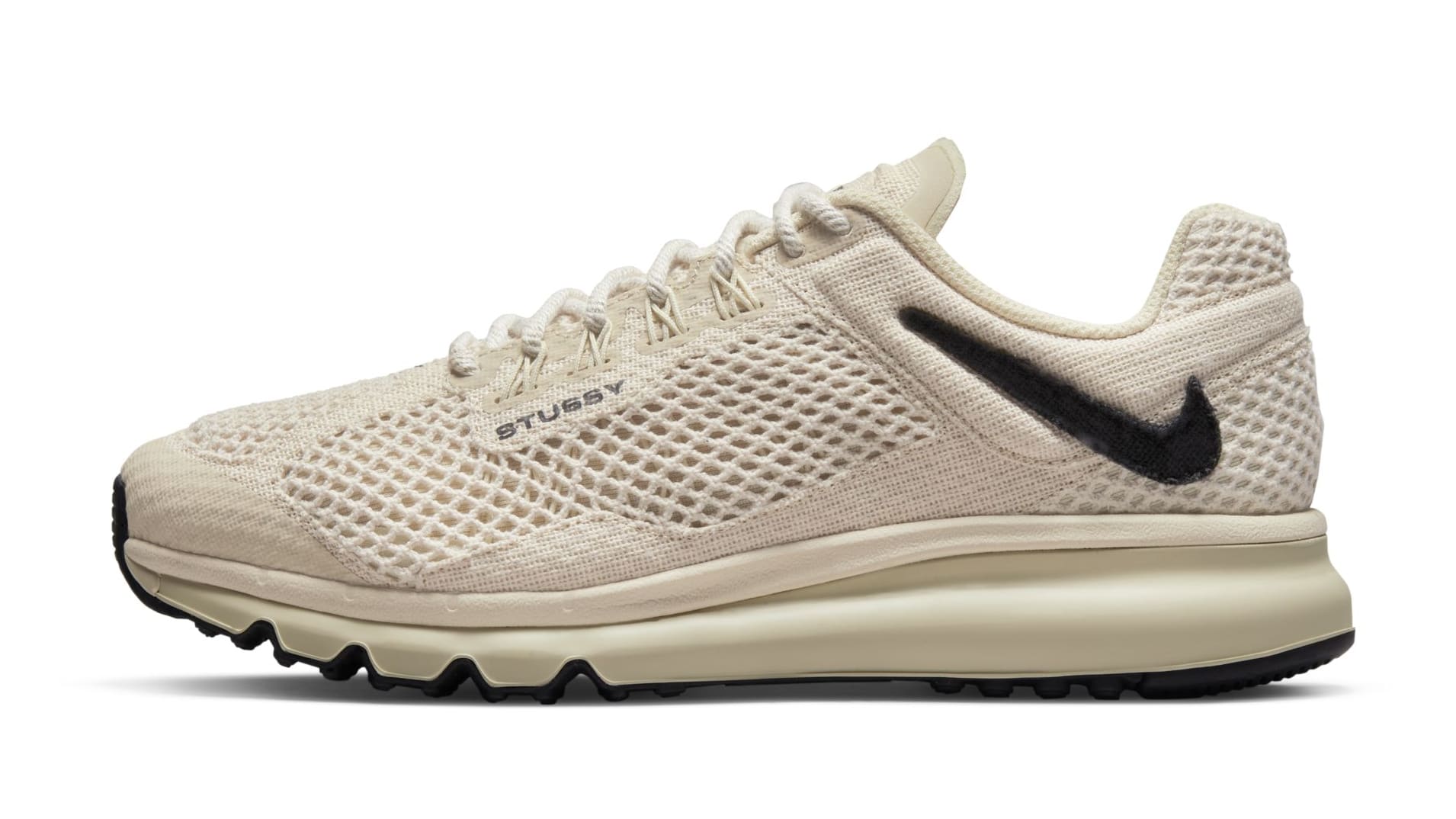 Fresh off of delivering their Air Force 1 Mid collab last month, longtime partners Stüssy and Nike have another collaborative sneaker on the horizon.

Newly leaked images from @US_11 on Twitter show an official look at the forthcoming Stüssy x Nike Air Max 2013 collab. The shoe dons the “Fossil” colorway that’s similar to the duo’s previous Zoom Cage Spiridon 2 and Air Force 1 collabs, with a hemp-like construction throughout the entirety of the upper. Breaking up the mostly tonal execution is the Stussy branding at the forefoot along with a black reverse Swoosh branding on the heel counter.

Also reportedly in the works between the streetwear label and the sportswear brand is an Air Penny 2 collab scheduled to arrive in September.

There are currently no release details available for this Stussy x Nike Air Max 2013 collab, but stay tuned to Sole Collector for official updates in the coming weeks.