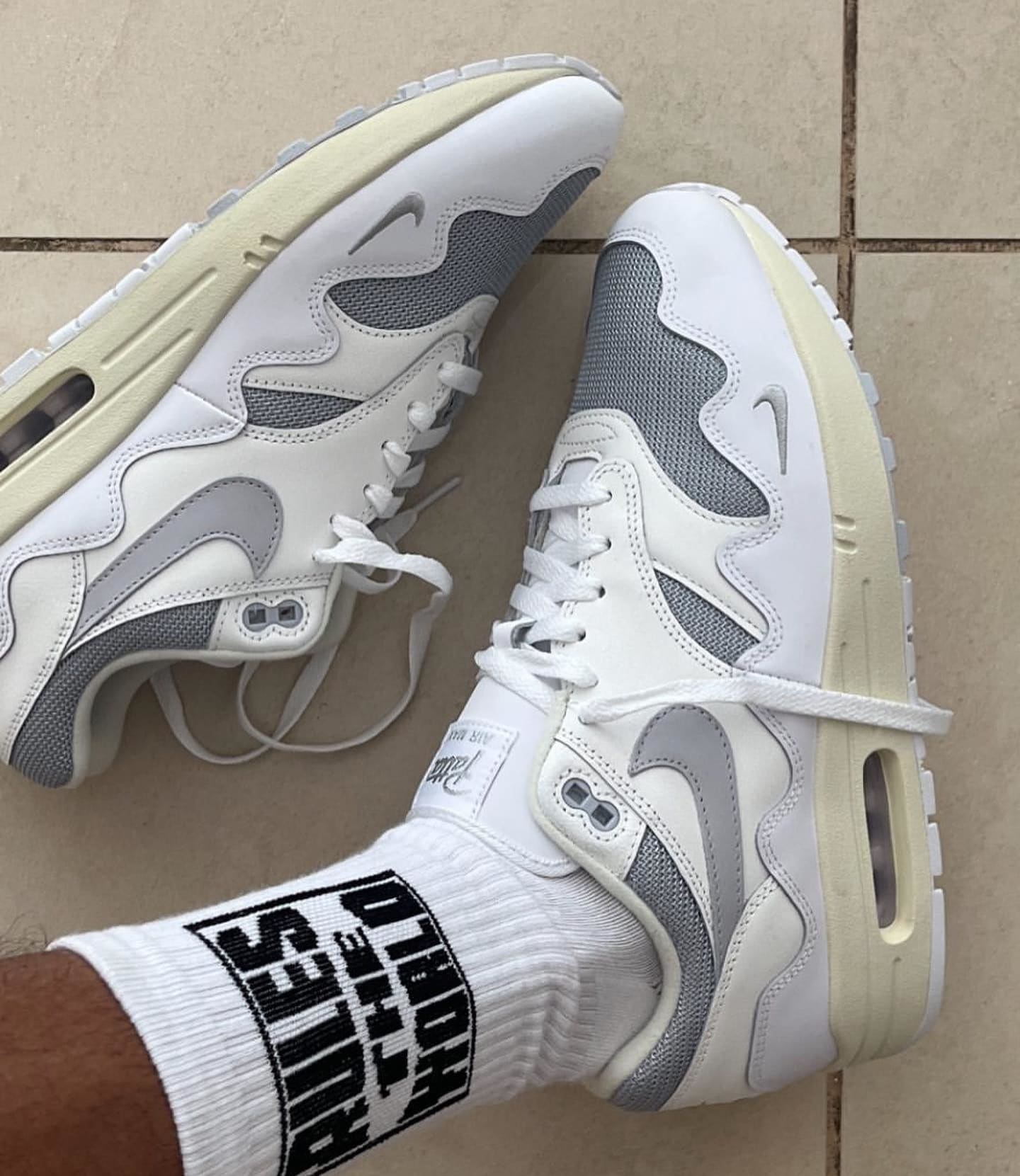 One of the stores that helped make Nike Air Max sneakers coveted in the late 2000s and 2010s is linking back up with the Swoosh for a new project.

Amsterdam retailer Patta is set to release a new set of Air Max 1 sneakers soon, and today we have a first look via images shared by Twitter user @StashedSNKRS. The pair pictured is said to be one of two styles on the way, this one coming in Metallic Silver/Monarch/Pure Platinum while a second colorway is expected to feature similar blocking in Metallic Silver/Noise Aqua/Pure Platinum. The early information comes courtesy of @pyleaks, which is also listing an expected retail price of $160 for the pairs.

The Patta x Nike Air Max 1 uses a design reminiscent of the sneaker’s original looks but remixes the mudguard with a jagged wavy section instead of the traditional smoother cut. Other details include a premium white leather, mini Swoosh at the toe, and a mesh bash. Given the Metallic Silver call out in the colorway, it’s also possible that this pair will feature reflective 3M portions. The collab will also come packaged in a custom box.

Check back for more Patta x Nike Air Max 1 release date details and a look at the second colorway soon.

UPDATE (10/04/21): After months of anticipation, Patta has officially confirmed the release of the “Monarch” Air Max 1 collab. The shoe is releasing as part of the duo’s new collection titled “The Wave” and will drop on Oct. 8 via SNKRS, Patta.nl, and at Patta stores before launching at select retailers on Oct. 15 for €160, which roughly converts to $185. As of now, the release of the “Noise Aqua” colorway has yet to be announced.⁠

UPDATE (10/26/21): Patta has officially confirmed that its “Noise Aqua” Air Max 1 collab will be released this Friday, Oct. 29 at Nike.Patta.nl and at Patta stores for €160. Grab a detailed look below.

UPDATE (11/16/21): Patta has officially announced that its “Rush Maroon” Nike Air Max 1 collab will be released this Friday, Nov. 19 at Nike.Patta.nl for €170 but the SNKRS drop has yet to be confirmed.

UPDATE (11/18/21): In addition to launching exclusively at Patta tomorrow, Nike confirms that the “Rush Maroon” Air Max 1 collab will release once more via SNKRS on Nov. 24 for $170.

UPDATE (11/19/21): Along with the soon-to-be-released “Rush Maroon” colorway, a fourth Patta x Air Max 1 has surfaced thanks to Union Los Angeles owner Chris Gibbs. There is currently no release date for this pair, but it should be arriving soon for a retail price of $190.

UPDATE (12/10/21): After selling out at Patta stores earlier today, official product images of the “Black” Patta x Nike Air Max 1 have emerged. As of now, the collab is set to release on SNKRS and at select retailers this month but a release date has yet to be announced.

UPDATE (06/24/22): After releasing in numerous colorways last year, it appears that another Patta x Nike Air Max 1 colorway is releasing soon if these images from @clint419 are any indication. There are currently no release details available for the collab but check back soon to Sole Collector for official updates.