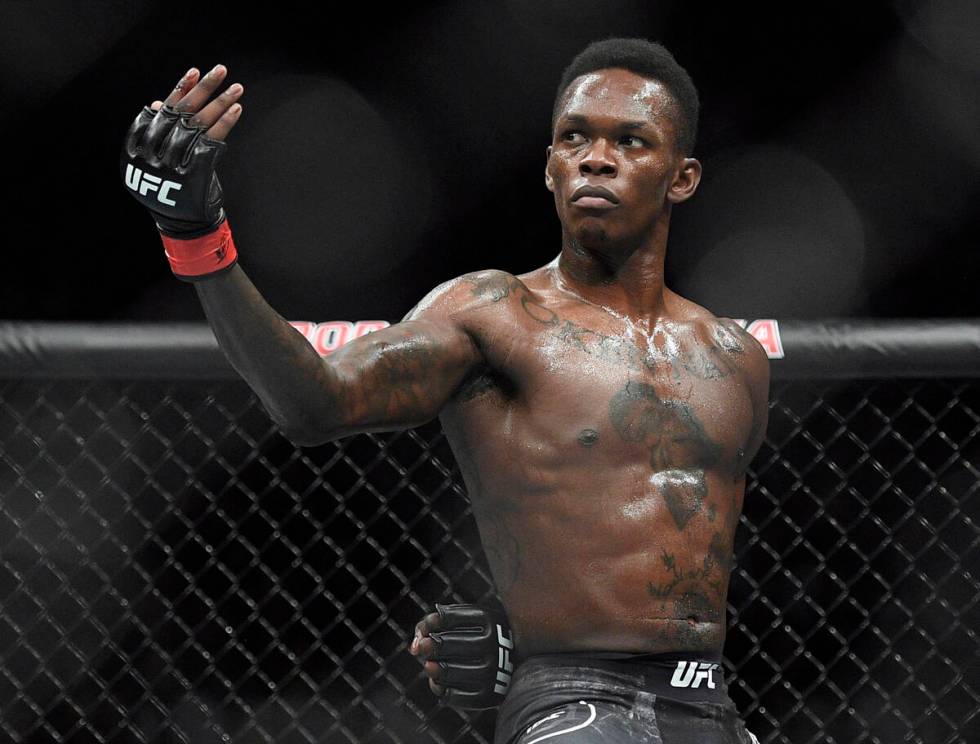 Kevin Hart, UFC 276 and Morrissey this week in Las Vegas

Comedian and actor Kevin Hart kicks off his “Reality Check” tour this weekend at The Cosmopolitan of Las Vegas. The reality is, he probably doesn’t need this check. But Hart, one of the world’s highest-earning comics, prides himself on also being one of the hardest-working. So, the star of movies such as “Think Like a Man,” “Ride Along” and “Night School” returns to his stand-up roots for his first major tour in over four years. Hart’s shows at the Chelsea begin at 7 and 10 p.m. Saturday and Sunday, with tickets starting at $99; ticketmaster.com.

He possesses a gorgeous voice — it’s just what he says with it that occasionally makes waves for Morrissey. The former Smiths singer has raised hackles for his anti-immigration views and defense of convicted sex offender Harvey Weinstein, among other controversial takes. While his politics may polarize, Morrissey’s songbook remains beloved, his signature baritone still enrapturing even if his words enrage from time to time. See him at 8:30 p.m. Friday, Saturday, Wednesday and July 8 and 9 at the Colosseum at Caesars Palace. Tickets start at $79; ticketmaster.com.

Don’t wait months for holiday lights to twinkle back on before you visit Henderson’s Ethel M Chocolates Factory, 2 Cactus Garden Drive. Even in melty summer, the company headquarters welcomes guests to nibble on gourmet cacao creations and sip on paired glasses of wine in its air-conditioned factory. After, explore 300 types of cactus and other succulent plants in the flowery, 3-acre preserve. Pairings are $30; more info at ethelm.com.

They’ve been making that jump to the left, and then that step to the right, for 21 years now. The live cast of Frankie’s Favorite Obsession is celebrating that milestone by performing along with a screening of “The Rocky Horror Picture Show.” Prepare for audience participation, a dance party, a costume contest and prizes starting at 10 p.m. Saturday at Tropicana Cinemas, 3330 E. Tropicana Ave. Tickets are $12, and prop kits are $2, at the door.

Come on and sing along all night long as newly minted Rock & Roll Hall of Famer Lionel Richie returns to the Encore Theater at Wynn Las Vegas this weekend to perform his biggest hits, such as “Hello,” “All Night Long” and “Easy,” and share stories from his chart-topping career. Showtimes are 8 p.m. Saturday and Sunday, with tickets starting at $140; ticketmaster.com.

Think of it as the fun of summer camp without all the itchiness. Direct from the Hollywood Fringe Festival, Annie Lesser and Becca Khalil present the interactive, improvised comedy “!!!!!!!!!!CAAAAAAAAAAMMMMMMMMMMPPPPPPPPPP!!!!!!!!!!” Lesser and Khalil portray counselors in training, with the audience as campers, on the night before color wars. There’s a PG-13-rated show at 7 p.m. Saturday, an R-rated version at 11 p.m. Saturday and a kid-friendly version at 3 p.m. Sunday at Majestic Repertory Theatre, 1217 S. Main St. Tickets are $12. Get there early for S’mores, Otter Pops, Kool-Aid and more.

The hardest-working man in garage rock, Ty Segall seems like a dude who riffs in his sleep — if he sleeps at all. A member of five other groups in addition to his own Ty Segall & Freedom Band, the singer-guitarist has a discography as deep as his knowledge of vintage, distortion-drenched rock ’n’ roll. He hits town in support of yet another new album, the harmony-rich “Hello, Hi,” due out July 22, at 8 p.m. Wednesday at Backstage Bar & Billiards, 601 Fremont St. Tickets are $20; eventbrite.com.

July’s First Friday is set to “Sparkle.” The monthly art festival will run from 5 to 11 p.m. and feature about 60 artists and craftspeople in the art walk on Boulder Avenue and South First Street, across from the Arts Factory. The event also features a food truck, bar and entertainment garden in the adjacent Art Square parking lot. Details: facebook.com/firstfridaylasvegas.

The downside to Trump leaving the public stage | CARTOONS

See if you can connect the dots | CARTOONS