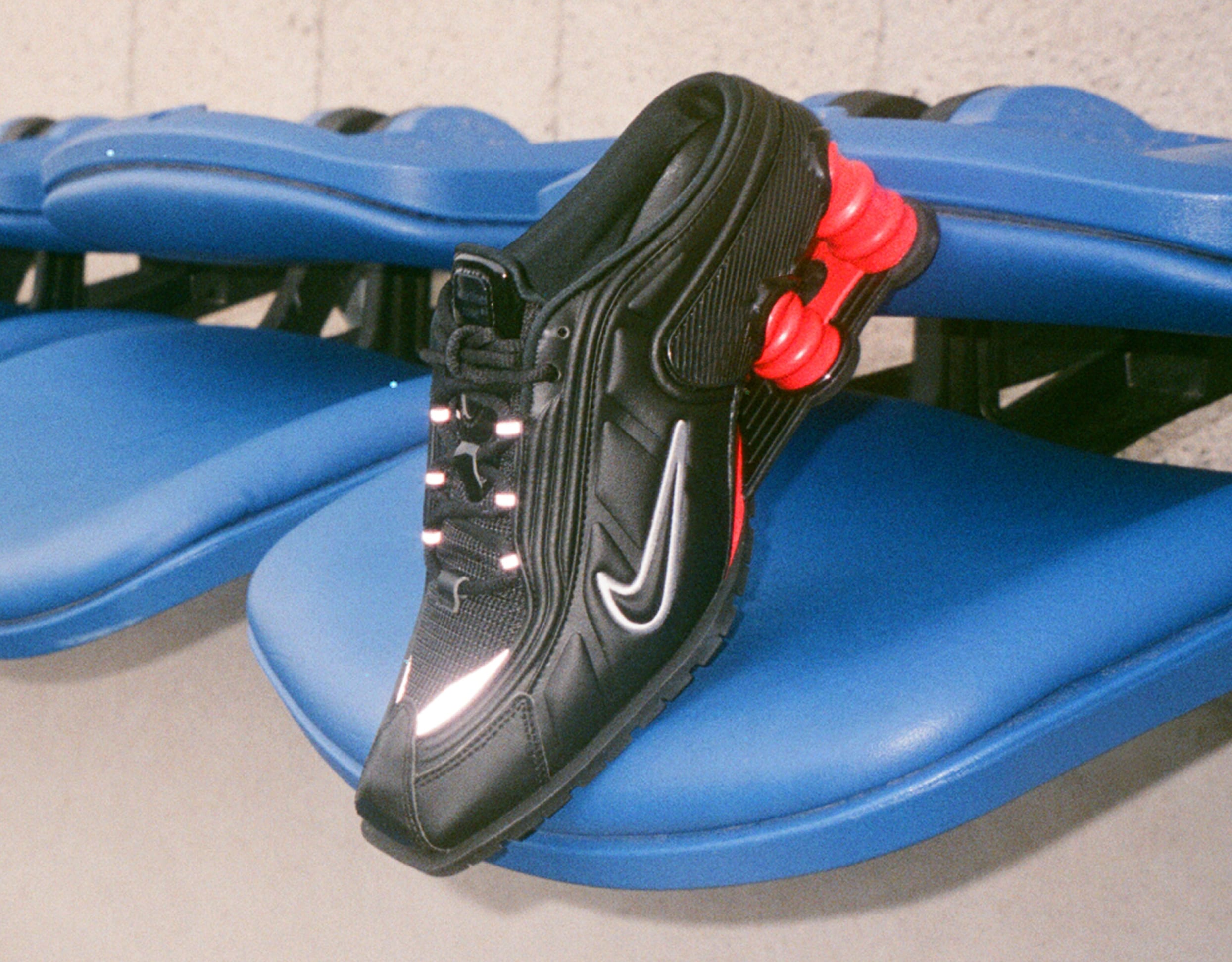 We’re only a few days removed since Supreme released its Nike Shox Ride 2 collection, and now, London-based designer Martine Rose is joining in on the fun with her own sneaker project.

Today, the brand unveiled Rose’s Nike Shox Mule MR4 collab ahead of its retail debut later this week. As the name suggests, Rose updated the classic design by turning the shoe into a mule which features a lower ankle collar for easy on-and-off. The rest of the shoe remains unchanged, with a leather-based upper and the signature Shox cushioning at the heel.

“In the UK, Shox are very closely associated with subcultures. The style has a real cache and resonance with youth culture,” Rose said. “It was really exciting to take something very familiar and culturally significant in a completely different sense.”

The Martine Rose x Nike Shox Mule MR4 collab will be released this Thursday, July 7 at Martine-rose.com. Grab a detailed look at the styles below.