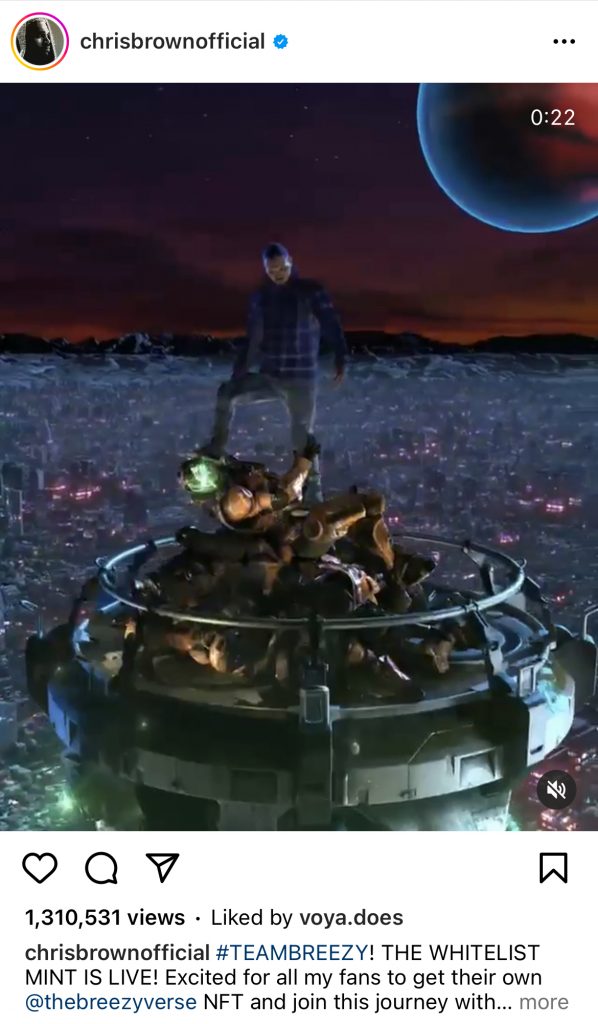 Hip-hop artist Chris Brown appears to be the latest celeb hopping on the NFT bandwagon, dropping his own NFT collection this week in conjunction with the release of his latest album, Breezy.

The NFT collection, called “THE BREEZYVERSE,” consists of 10,000 3D animated NFTs with sound and visual effects implemented on the Ethereum blockchain. The public sale went live on Friday. An Instagram post on the NFT’s official channel @thebreezyverse announced: “PUBLIC SALE IS LIVE! Click the link in bio to get your own official @chrisbrownofficial NFT now! Our exclusive utilities are rolling out now and throughout the upcoming tour. The journey has just begun!” Brown also shared an animated clip showcasing some of the NFT’s artwork on his own Instagram page hyping up the release.

According to the NFT’s official website, the collection “creates an intimate connection to Chris’s creativity and artistic talents” and is designed to “bridge the gap between the artist and his fans around the world.”

Brown is one of many celebrities that has attempted to create their own NFT in recent months. NFT stands for non-fungible token and is defined as a digital asset that represents a real-world object such as art, music, animation, games, or other physical asset. NFTs are bought and sold online on a variety of dedicated NFT marketplaces.