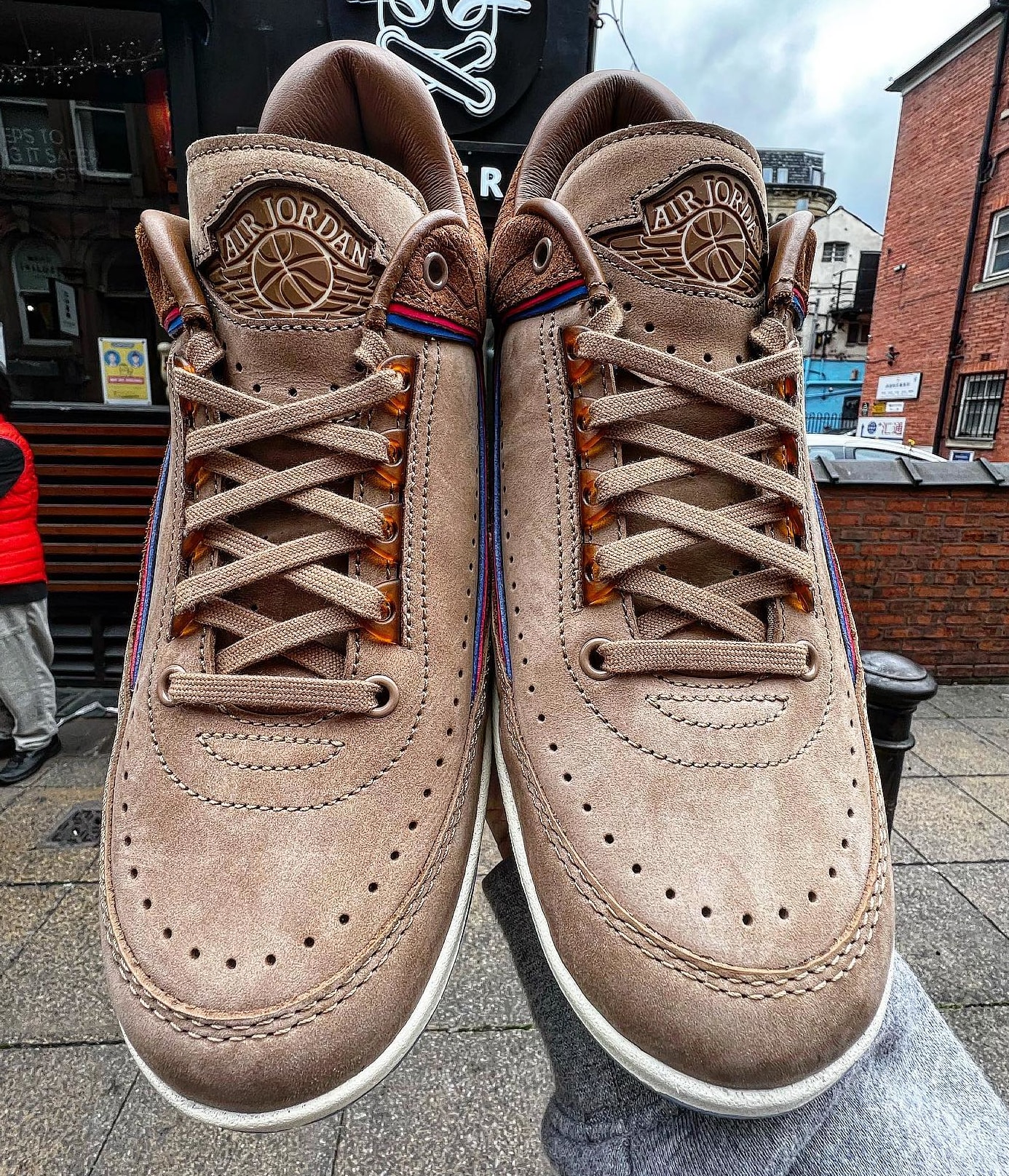 Burn Rubber’s sister store, Two 18, has a new collaborative project with Jordan Brand coming soon. Joining the likes of Union, Nina Chanel Abney, and Titan, the Detriot-based sneaker shop is next in line to get its own Air Jordan 2.

Newly leaked imagery of the Two 18 x Air Jordan 2 Low was shared this week by @Sneaker63official on Instagram. While the inspiration behind the look is currently unknown, the images show that it will feature a premium brown suede upper with red and blue piping at the midfoot and dark brown hits on the heel counter. Additional details include special graphics on the insole along with a leather sockliner and a translucent outsole.

As of now, the release details for this Two 18 x Air Jordan 2 collab have not been announced by either of the parties involved but we’ll keep you updated if anything changes.