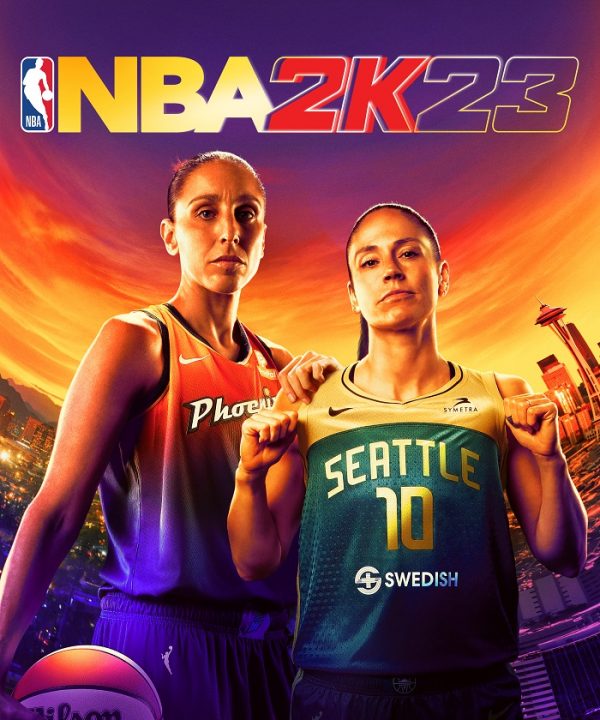 The NBA 2K23 WNBA Edition is the second cover in the history of the NBA 2K brand to honor WNBA athletes, and it is only available at GameStop in the United States and Canada. With one more significant cover athlete announcement scheduled for tomorrow, Diana and Sue will join Michael Jordan as the current NBA 2K23 cover players.

“It really is an incredible feeling to see your hard work memorialized on the cover of a game like NBA 2K23,” said Taurasi. “There are so many kids that dream of pursuing a professional basketball career, and they can now ​​also dream of being on the NBA 2K cover, whether they want to play in the NBA or WNBA.”

“The response to NBA 2K’s first WNBA Edition last year was overwhelmingly positive and a testament to the W’s growing audience and prominence,” said Alfie Brody, Vice President of Global Marketing Strategy at 2K. “Sue Bird and Diana Taurasi have achieved greatness both individually and together, cementing their status as two of the best players in the WNBA’s history.”

NBA 2K is teaming up with the WNBA players to donate $100,000 to Every Kid Sports in honor of Sue Bird and Diana Taurasi’s lifetime dedication to ensuring equitable opportunities for women athletes. This will allow kids to participate in grassroots basketball programs all around the country. By paying the registration costs for more than 550 girls from low-income families, the donation will boost the number of kids who have access to youth basketball. A national nonprofit organization called Every Kid Sports exists to support kids’ participation in recreational youth sports.

“It’s amazing to see myself on the cover of a video game that has such a cultural impact,” said Bird. “And by partnering with NBA 2K and Every Kid Sports, Diana and I have the opportunity to open doors to hundreds of young girls in this country who want to express themselves on the court. I’m honored to be on the cover, and even more honored to use my legacy to provide these opportunities for the next generation.”

“This partnership with 2K and the phenomenal athletes involved is an exciting opportunity for our organization,” said Natalie Hummel, Executive Director and Co-Founder of Every Kid Sports. “We are truly humbled by their support and commitment to our mission to close the gap in access to recreational youth sports. I look forward to working together towards our goal of increased equity in sports by providing a pathway for underserved girls to reap the benefits of play.”

Sue Bird and Diana Taurasi’s WNBA jerseys will be included as in-game extra content in the NBA 2K23 WNBA Edition. When pre-orders start on July 7, stay tuned for further cover reveals and information on pricing.

The Source |Lizzo, Live Nation, Beauty, And Fashion Companies Are Stepping Up And Taking Action Against Ruling To Overturn Roe v. Wade