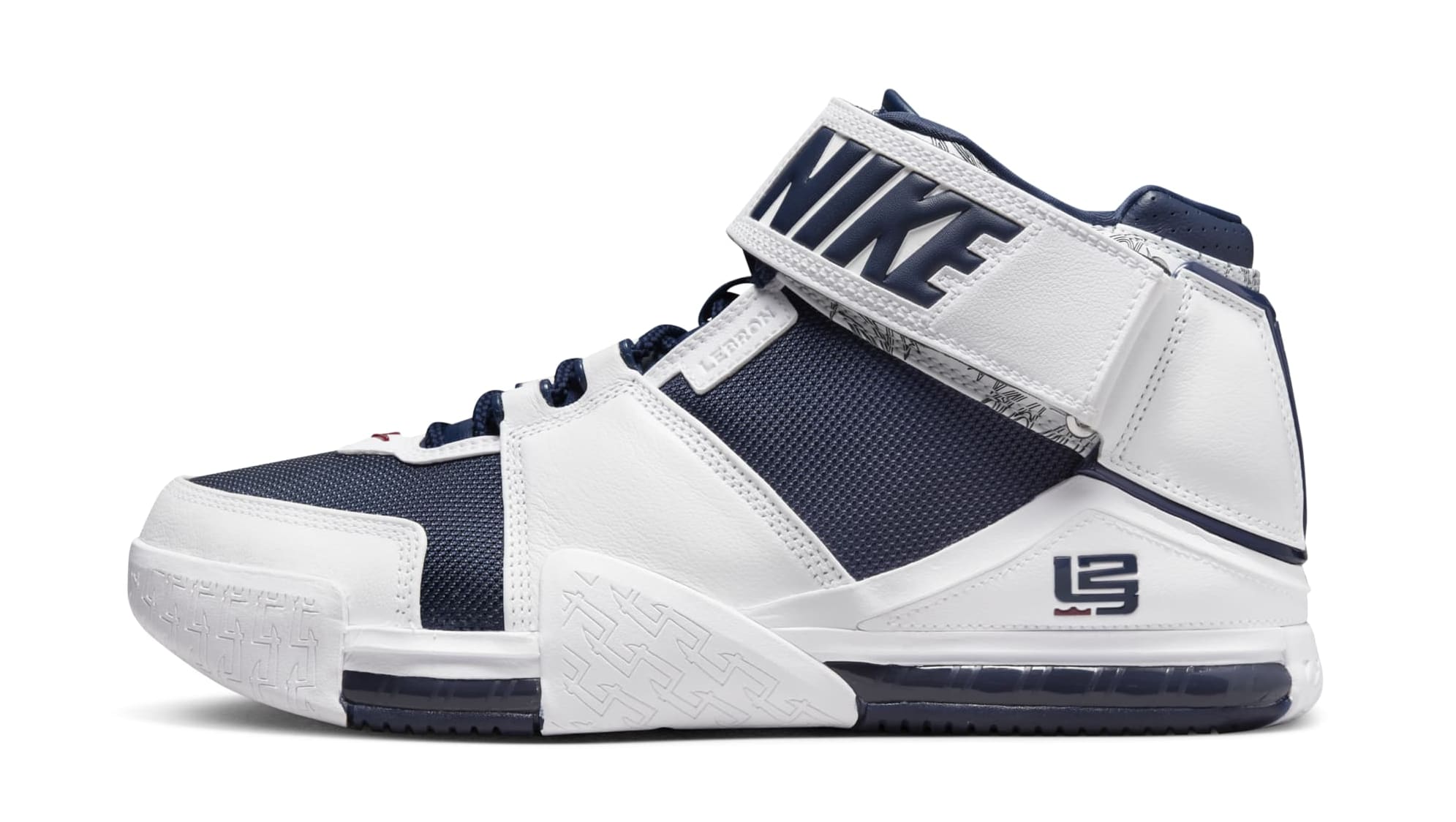 The forthcoming return of the Nike LeBron 2 will include the return of several classic colorways. In addition to the “Maccabi” makeup that surfaced earlier this month, the “USA” iteration of LeBron James’ signature shoe will be among the retro run.

Shown here are official product images of the forthcoming “USA” LeBron 2 retro courtesy of @US_11 on Twitter. This style was famously worn by King James during the 2004 Olympics as a member of the United States Men’s basketball team. The squad ultimately came up short in their pursuit of a gold medal but they did win a bronze medal against Lithuania in the Bronze Finals.

The shoe wears a patriotic white and navy blue color scheme on the upper, with subtle red hits on the ankle strap’s Swoosh branding and at the forefoot. The look is completed with a Zoom-cushioned midsole that’s encapsulated within a Pebax shell.

At the time of writing, release details for this “USA” LeBron 2 retro have not yet been announced by Nike. Check back soon to Sole Collector for official updates.