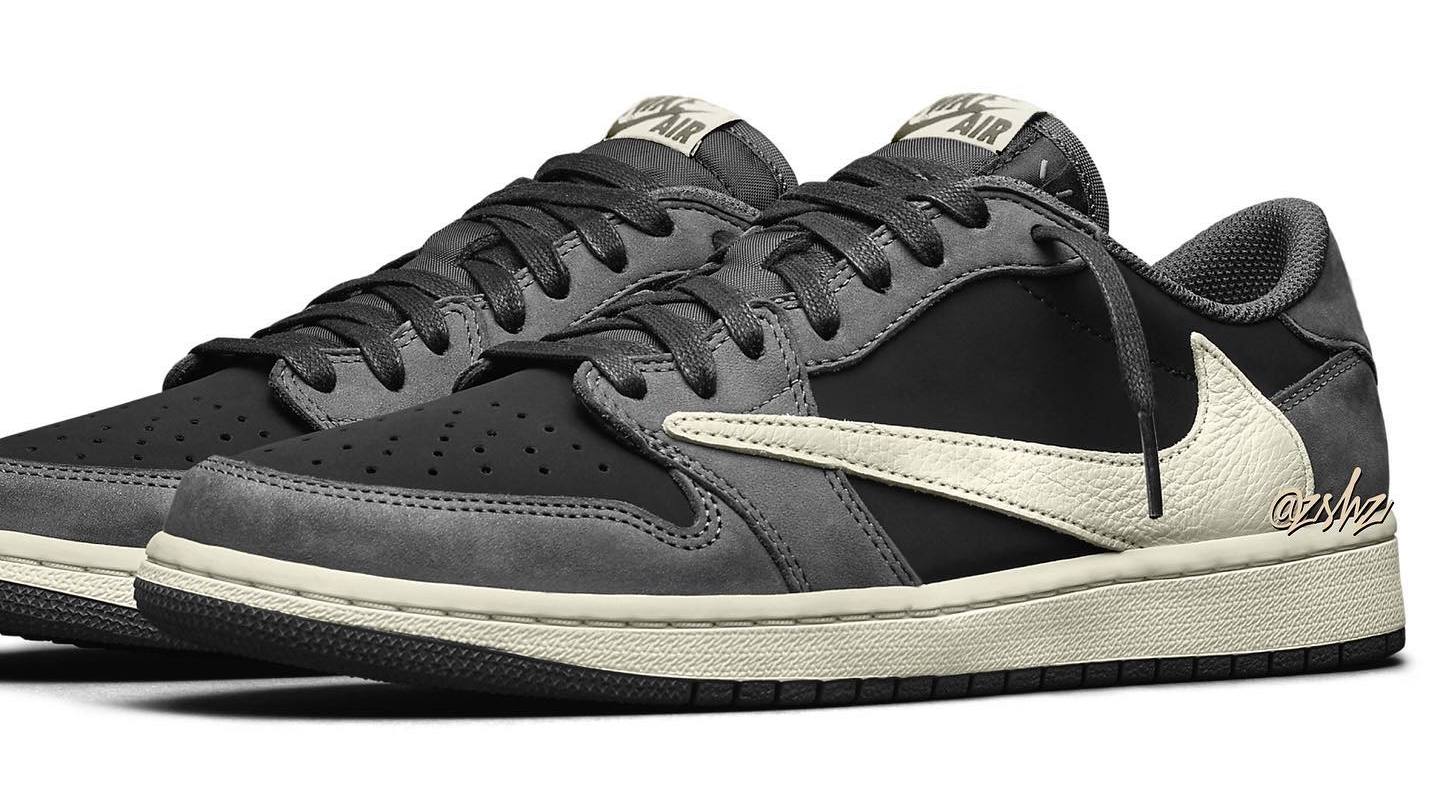 It looks like the forthcoming “Reverse Mocha” Travis Scott x Air Jordan 1 Low won’t be the only sneaker collab on the horizon for the Houston rapper and Jordan Brand.

Fans will reportedly also have the opportunity to cop a “Black/Phantom” iteration of the collaborative sneaker in December, according to @zSneakerheadz on Instagram. At the time of writing, there is no leaked imagery of the collab, but a mock-up photo shared by the leaker account shows that the forthcoming Travis Scott x Air Jordan 1 Low will feature black-based upper, grey overlay panels, and sail hits on the reverse Swoosh and midsole. Standard Cactus Jack branding is expected to be embroidered on the tongue while the face logo appears on the heel.

Per @zSneakerheadz, the “Black/Phantom” Travis Scott x Air Jordan 1 Low is rumored to drop on Dec. 15, but official release details have yet to be announced by either of the parties involved. Check back soon to Sole Collector for official details in the coming months.