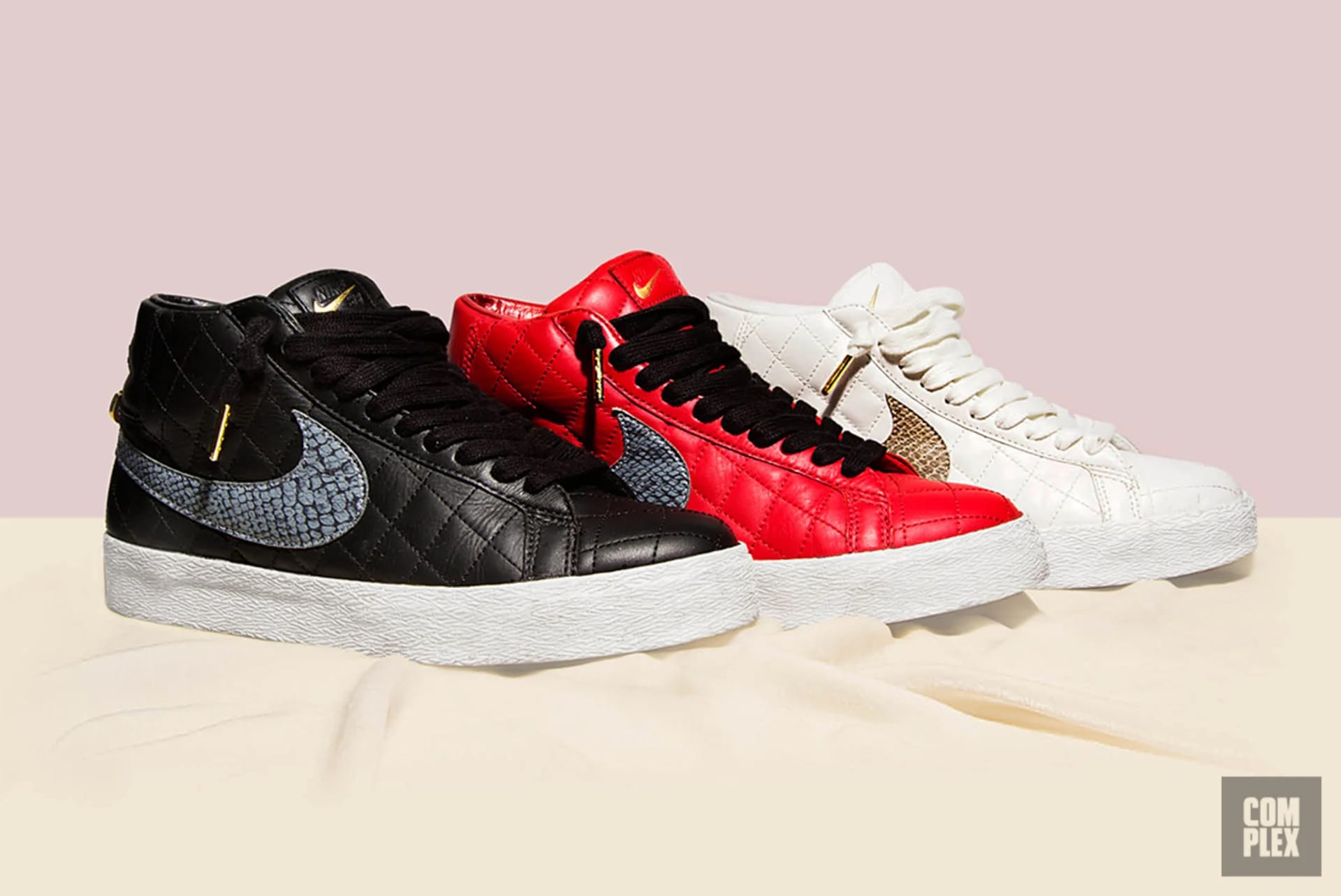 Amongst Supreme’s most collectible sneakers is its trio of quilted Nike SB Blazers from 2006. Delivered in red, black, and white, the shoes, which drew inspiration from high-fashion runways, feature quilted uppers, snakeskin Swooshes, and gold hardware. Getting your feet into a pair these days typically boils down to a long hunt on the aftermarket and whether or not you’re willing to fork over $2,000-3,000—but another retail opportunity may be on the horizon.

Images have surfaced of a new Supreme x Nike SB Blazer. This black-based pair doesn’t exactly fall in line with its predecessor—zoomed-in shots highlight a fully blacked-out version of the shoe, only offset by yellow snakeskin Swooshes and tongue branding. Additional colorways haven’t yet been revealed, but there’s a strong likelihood that we’ll see more in the coming months.

Another version of the Supreme x Nike SB Blazer was teased earlier this year, but that shoe hasn’t been confirmed by Supreme or Nike at the time of this writing.

According to supreme__hustle, the new Supreme x Nike SB Blazer is expected to release during Fall/Winter 2022. We’ll continue to follow up with updates as they leak and/or are announced.