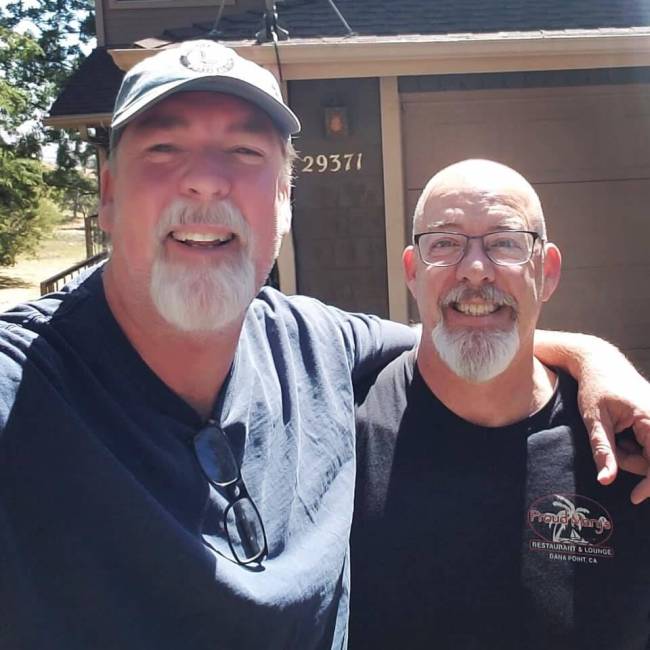 Scott Fix was celebrating his 55th birthday, headed home from a casino with his brother.

Latoya Lampkin was only about a mile from her aunt’s house.

None made it to their destination.

They all died in high-velocity crashes, struck by drivers whose previous speeding tickets were reduced to parking violations, records show, a practice that safety experts say prioritizes court efficiency over accountability.

Every month, thousands of Southern Nevada traffic tickets — even those for the most serious offenses — are negotiated down to clear overburdened dockets, a Review-Journal investigation found.

And the true number is undoubtedly higher.

The region’s busiest traffic court, which handled nearly 780,000 moving violations issued in unincorporated parts of Clark County, refused to provide data on reductions during the same period. Las Vegas Justice Court administrator Jessica Gurley wrote in an email that her staff did not have the resources or the “obligation” to compile the information.

“People drive like there’s no consequence because there’s not,” UNLV Traffic Safety Coalition coordinator Erin Breen said. “That just is totally unacceptable, and the result of that is people’s lives are being lost on our streets.”

District Attorney Steve Wolfson said he was not surprised by the Review-Journal’s findings. He added that the Justice Court, which uses settlement guidelines published by his office, probably reduced tickets at a frequency similar to the cities.

“As an attorney who has practiced criminal law in this community for over 40 years, I can tell you not much has changed with respect to the resolution of traffic matters,” Wolfson said.

The long-standing process has hindered authorities’ efforts to track bad drivers: Reduced tickets are not included on a person’s state DMV driving record, so they are concealed from police and auto insurance companies.

Nevada also does not keep a central database of traffic ticket information, putting it out of step with federal recommendations and neighboring states, such as Utah and Idaho, that pool court data.

“It causes a lot of people discomfort, but you’ll never have as much discomfort as a family who has lost a family member due to a traffic fatality,” he said.

More than 230 people died on county roads in 2021, the worst year in over a decade. This year is on track to be even deadlier, with an 18 percent rise in fatalities through June.

No record, no points, no school

Aside from fines, tickets often carry little punishment once they are downgraded to parking.

They don’t add demerit points to a driver’s license or cause insurance hikes. Drivers aren’t always assigned to attend traffic safety school, and those who are can sometimes pay an extra fee to bypass classes.

Nevada rarely suspends licenses for repeatedly breaking the law, compared with its neighbors. The state issued fewer than 800 points-related license suspensions between 2017 and 2021, records show. That’s about three suspensions for every 10,000 licenses.

“It is discouraging for us to put in the work on the front end and don’t see it on the back end,” Nevada Police Union President Matthew Kaplan said. “The points for a traffic offense is the biggest deterrent and what people fear the most.”

Several local courts have policies against giving deals to drivers who are frequently cited. But the state’s disjointed legal system allows motorists to rack up tickets across neighboring jurisdictions and be treated as first-time defendants in each.

Records show some drivers are cut break after break, with fatal results.

Gary Dean Robinson, 59, had been ticketed at least five times for speeding since August 2020 — three of those were reduced to parking, a Review-Journal investigation revealed in February. This January, he drove his Dodge Challenger at 103 mph through a red light in North Las Vegas and collided with a white minivan, police said.

The crash killed seven family members riding in the minivan, as well as Robinson and his passenger, Tanaga Miller. Authorities called it Nevada’s deadliest wreck in at least 30 years.

Erlinda Zacarias, who has been in Mexico after losing her children in the crash, wrote in a Facebook message she was shocked that Robinson’s tickets were reduced.

“How is it possible that (authorities) never did anything?” she wrote in Spanish. “What I would give for there to be a change so that people like him, who cause so much harm, could be stopped.”

Criminal justice records obtained by the Review-Journal show Robinson was a felon with arrests dating to the early 1980s, including a long list of traffic offenses. His autopsy also showed high levels of cocaine and PCP in his system when the crash occurred.

“One weak link, I think, brings down the whole system,” said County Commissioner Michael Naft, who led the creation of the county’s Office of Traffic Safety. “We can ramp up all the enforcement in the world, but if you don’t also have that prosecution happening through the courts, then that devalues what we’re doing on the enforcement side.”

Speeders such as Robinson cause nearly one-third of the state’s fatal crashes, authorities say.

And in Las Vegas, such charges rarely stick.

More than 95,000 speeding tickets were filed in Las Vegas Municipal Court during the past five years. Over 80 percent were reduced to parking violations, records show. Deals were given to more than 400 people cited for driving more than 30 mph over, as well as about 80 people accused of going more than 40 mph over. Most were not required to attend traffic safety school.

City officials declined to participate in an interview or respond to detailed written questions about the ticket reduction process.

“Each case is subject to judicial and prosecutorial discretion,” city spokesman Jace Radke wrote in a statement.

The lenient prosecution is at odds with Nevada’s heavy investments in policing roadways.

This year, the Metropolitan Police Department alone allocated $28.5 million of its budget to its traffic bureau. The state has also spent millions of federal grant dollars on related efforts in recent years.

Those efforts to save lives are undermined when so many tickets are reduced, said Steve Grammas, president of the Las Vegas Police Protective Association.

“Is that really a deterrence?” he asked. “Our folks go out there, they do a very good job enforcing the laws. And where it goes from there, it’s kind of out of our control.”

In the pre-dawn darkness, Jayson Michael Salzman pushed down the gas pedal of his gray Ford Focus.

It was early on a Sunday in May 2019, and the Henderson man was driving well over the roadway’s posted limit of 45 mph in the northwest valley, police said.

Officers had already ticketed Salzman for speeding three times since 2016, including once for allegedly traveling 88 mph on a local highway. Each time, the court reduced the charges to parking, only once requiring him to attend traffic school.

That was about to end.

Salzman’s car reached 77 mph as it approached the intersection of Craig Road and Rainbow Boulevard. He sped through a red light, ramming into the driver’s side of a Ford Fusion traveling south, police said.

The impact flipped the Fusion and sent it sliding 75 feet. The sedan came to a stop on its wheels in the road’s rocky median, its windshield caved in and driver’s door mangled. The driver, Scott Fix, died at University Medical Center. His younger brother and passenger, Ron, was hospitalized with a collapsed lung, lacerated liver and broken ribs on both sides of his body.

The two brothers were visiting from California and had been celebrating the elder Fix’s 55th birthday at the nearby Santa Fe Station casino. They were only a few blocks away from their aunt’s house, where they were staying when the crash happened.

Fix’s fiancée, Gabriela Carroll, described him as a lively and devoted father of two daughters. He was a former radio DJ with a deep knowledge of classic rock and a lifelong love for the Los Angeles Dodgers. She said she believes he would still be alive if the courts had put more pressure on Salzman to drive safely.

“When you don’t have consequences, you continue repeating the same pattern,” she said.

Salzman, now 32, told police he had been drinking beer before getting behind the wheel, records show. He was later convicted of DUI resulting in death and sentenced to serve between six and 20 years in prison.

“If you’re going to engage in this practice, you need to be able to assure the public that you are not giving bargains to people who should not benefit from them,” he said. “Because your obligations to public safety ought to be a hell of a lot higher than your obligation to efficiency in the courtroom.”

Nevada courts operate in information silos, making it difficult for police and judges to know a person’s complete driving history. This means some people are treated as first-time defendants by traffic courts even when they have received infractions in neighboring cities.

The state plans to launch a single case-management system for low-level tickets in January. Doing so would bring Nevada up to speed with several of its neighbors, who already share information between courts.

Here’s how it works in those states:

Information on traffic cases has been stored in a central online repository since the late 2000s. It is accessible to both government officials and members of the public.

“It helps prosecutors know what they’re dealing with when a case lands on their desk,” said Keri Sargent, a state courts official.

Despite having a similar population size to Nevada, Utah more commonly suspends the licenses of drivers who are repeatedly ticketed. The state issued more than 3,000 demerit points-related license suspensions last year, while Nevada issued fewer than 100.

Has stored traffic case information in a central online repository since 2008. Like Utah’s, it is useable by the government and the public.

The state issued more than 1,100 points-related license suspensions last year, despite its population being far smaller than Nevada.

Does not have a statewide case-management system or a central online repository.

However, the state’s 58 counties each have a single trial court that handles all traffic tickets for that county, instead of each city having its own court.

California has a population roughly 12 times larger than Nevada, but last year it issued about 150 times more points-related license suspensions.

Thirteen of the state’s 15 counties use the same case-management system and submit traffic court records to a central online repository available to officials and the public.

The state’s two largest counties, Maricopa and Pima, do not participate.

Arizona did not provide data on how many points-related license suspensions it issued last year.

The statewide case-management system does not include all local courts, so not every traffic case is stored there.

The state’s most populated county files its traffic cases into the statewide system. About 820,000 people live in Multnomah County.

Oregon does not use a demerit points system to suspend licenses.

Even Democrats think Biden is too old | CARTOONS