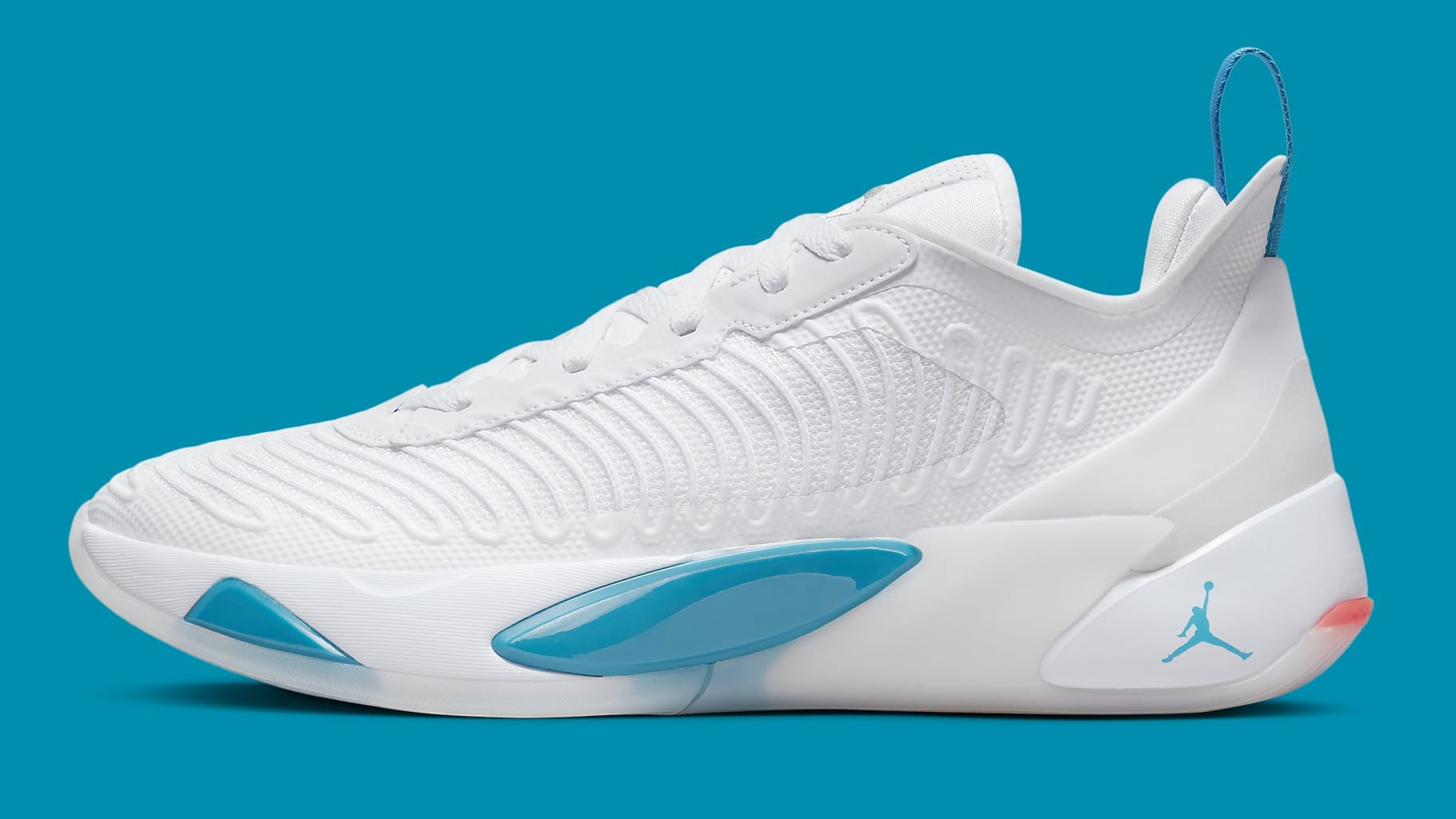 One of the NBA’s brightest young stars, Dallas Mavericks guard Luka Doncic arrived to the league with a professional pedigree, mostly because of his tenure as a member of EuroLeague’s Real Madrid. With the club, Doncic quickly became one of Europe’s most promising prospects, nabbing MVP honors and guiding his team to a championship in 2018. Now, Doncic is playing MVP-caliber basketball in the world’s top league, but he hasn’t forgotten the road he traveled to get there.

Doncic’s debut signature sneaker, the Jordan Luka 1, is set to release in a colorway inspired by the uniform he wore for Real Madrid. The sleek low-top is predominantly decked out in white, only offset by hits of turquoise on the pull-tab, insoles, branding hits, and stabilizing insets along the midsole. A semi-translucent sole gives way to a little more color, as red joins turquoise below. This colorway was debuted on-court by Doncic during this year’s playoffs.