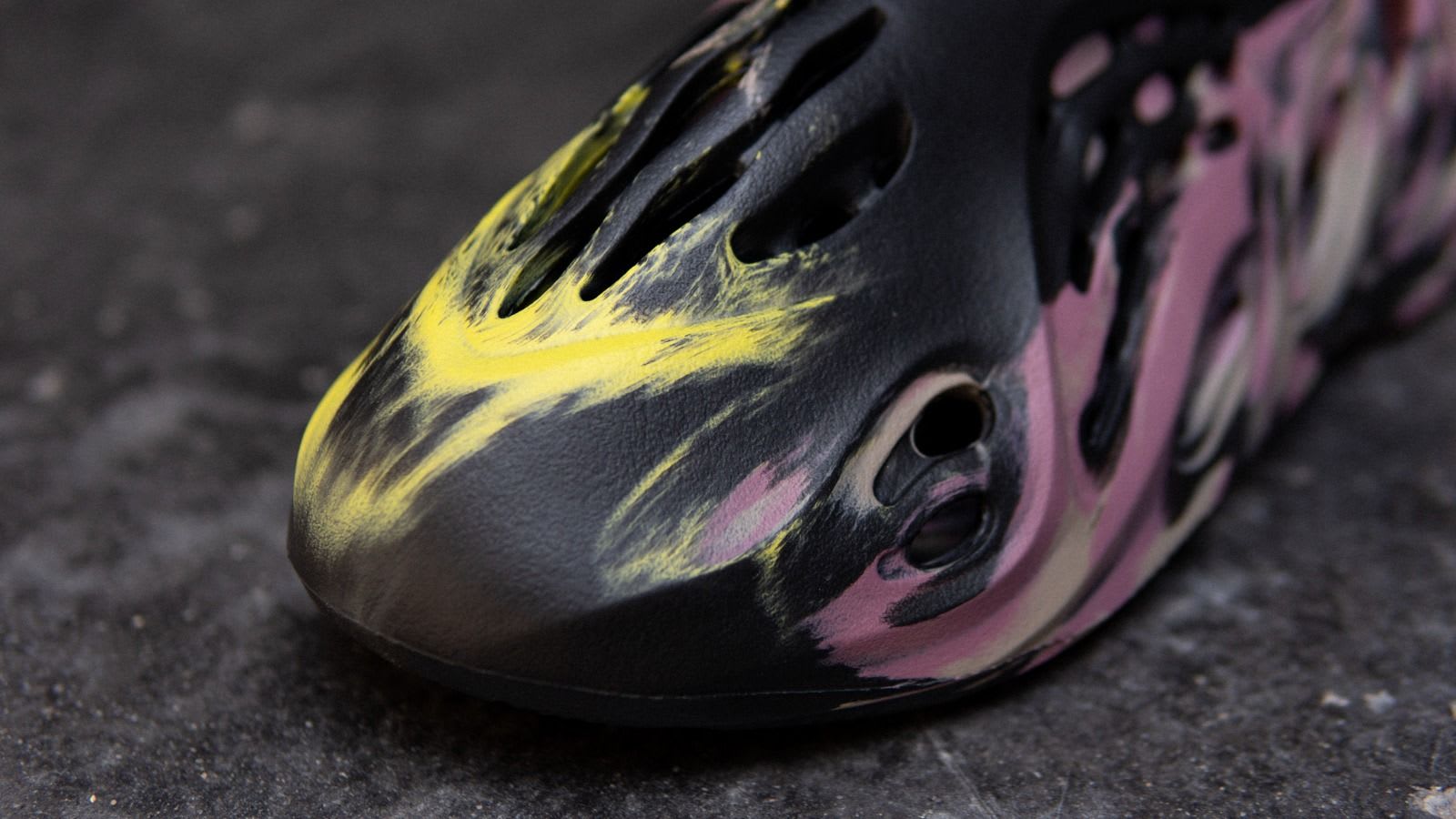 It appears that the ever-popular Adidas Yeezy Foam Runner will be back on shelves soon in this new colorway, according to Yeezy Mafia.

The Yeezy insider also shared a first look at the “MX Carbon” Yeezy foam clog, a color scheme that longtime fans of the Yeezy line may recognize. The “MX” makeup is associated with a marbled-like color scheme and it appears on the clog’s upper. This Yeezy Foam Runner dons a predominantly black color blocking, with yellow hits covering the forefoot while pink and grey hits appear on the heel. According to the Yeezy insider, the pattern is randomized and no two pairs will look exactly the same.

Despite a first look from Yeezy Mafia, a release date for this “MX Carbon” Yeezy Foam Runner has not yet been announced by the brand. Check back soon to Sole Collector for official details in the coming weeks.