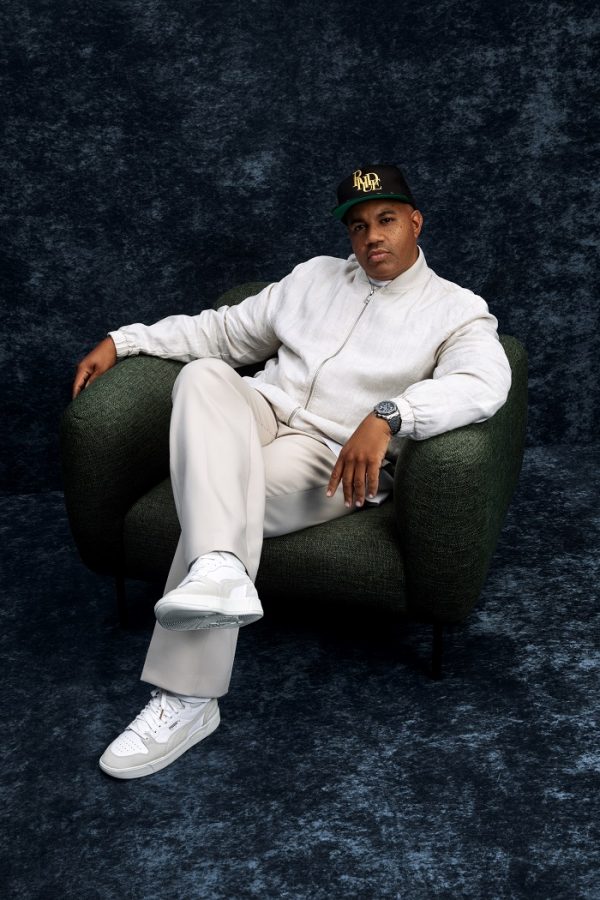 Lenny Santiago Partners with PUMA for “FOR ALL TIME” Series

Lenny Santiago, one of Hip-Hop’s favorite photographers, has teamed up with global retailer PUMA for its ongoing “FOR ALL TIME” program in July.

The FOR ALL TIME platform from PUMA emphasizes the iconic footwear brand’s rich history and influence. Lenny is the campaign’s Visual of Still Photography, furthering his reputation as a tastemaker and accomplished photographer. Lenny has been a significant effect on the culture for many years thanks to his work as SVP of Roc Nation and his passion endeavor, photography. He is in charge of hiring, overseeing, and photographing some of the biggest hip-hop acts.

Lenny is a member of “The Collective” at PUMA, a collection of legendary cultural figures that have influenced the shoe industry over the past 50 years. Lenny has chosen Jocko Graves and Melvin Williams as the following creatives to be featured as part of the platform; they will each get a $10K grant from PUMA as part of the passing of the torch. Jocko Graves is a multi-talented artist who has received recognition from publications like GQ, Vogue, Forbes, Def Jam, Complex, and Milk Studios for his custom portraiture and portrayal of contemporary New York City nightlife.