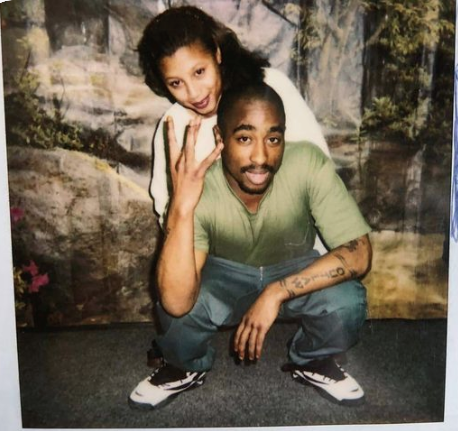 Desiree Smith, the former girlfriend of Hip Hop icon Tupac Shakur, sat down with The Art Of Dialogue and delved into ‘Pac’s historic signing to Death Row Records while incarcerated in New York’s Clinton Correctional Facility.

Smith’s account of the signing is that Suge Knight came to see Tupac with his lawyer, David Kenner, while Ms. Smith was also visiting Pac. Smith said Kenner needed a witness to the contract, so Pac asked Smith to sign the contract as a witness.

“It was a little crazy because—and I don’t mean this literally, but I guess, once they left, he was excited, but he did make this comment where he was like, ‘I just signed my soul to the devil”, said Smith. Desriee, commonly known as Dez, said, “It was the only person that rocked with him when everybody else that he had made money with, did business with, pretty much turned they back. Jada [Pinkett Smith] tried to get some of the money, but she didn’t have all the money to get him out of there, so, it was his relief.”