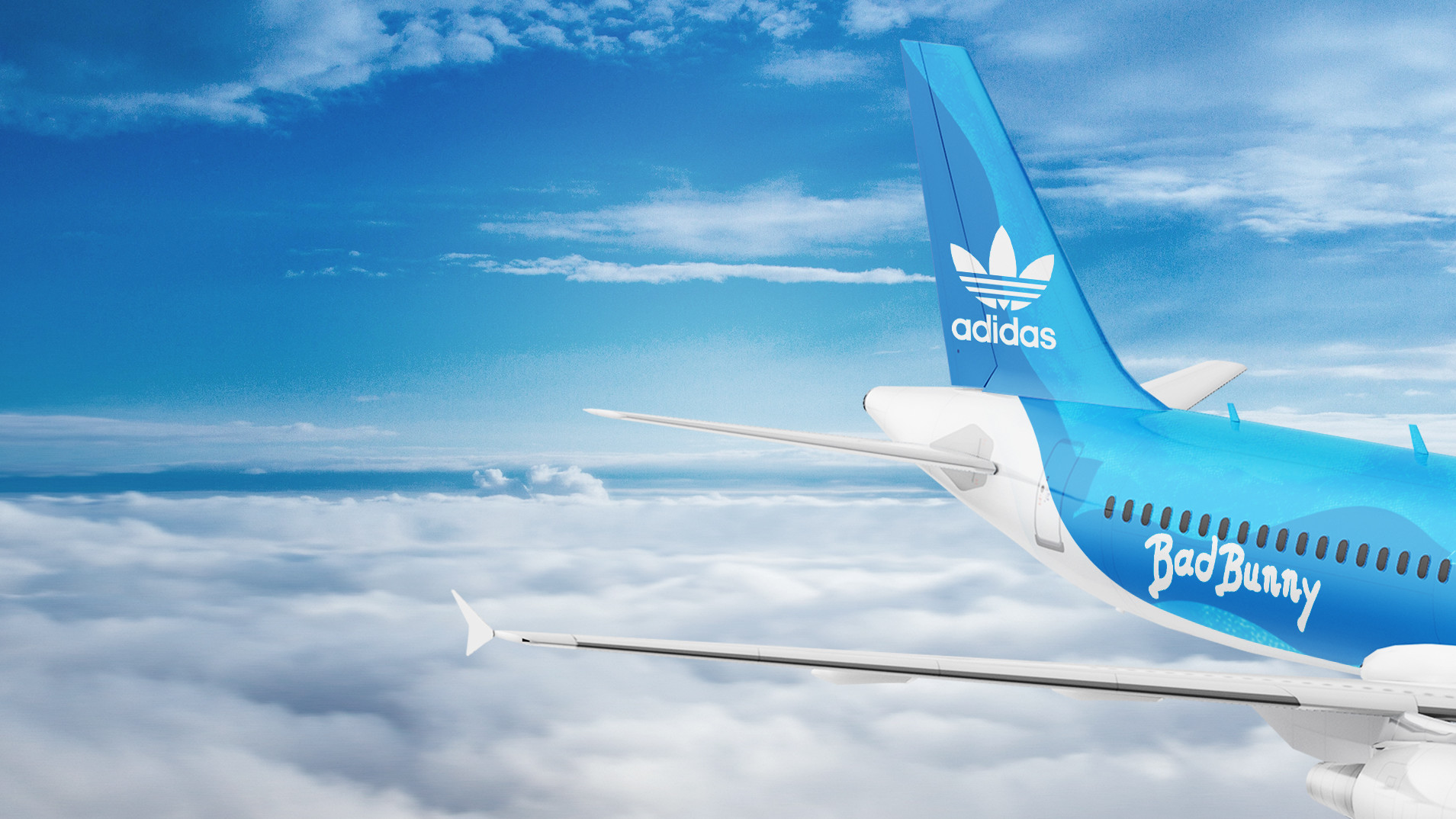 Thus far, the partnership between Bad Bunny and Adidas has mostly consisted of sneaker releases, but the collaborators are switching things up for their next project.

Today, the brand announced it’s giving fans a chance to win a trip to Puerto Rico this summer. According to Adidas, the custom baby blue-colored plane pictured above is inspired by Bad Bunny’s art and pays homage to the summer. The trip kicks off with a night in Puerto Rico and then travel to New York for a special Bad Bunny concert in the Bronx on Aug. 27.

In addition to the aforementioned trip, we also know that there’s also a similarly styled Bad Bunny x Adidas Forum Buckle Low collab in blue on the way.

Readers can sign up for a chance to win a trip to Puerto Rico starting now via the Adidas Confirmed app. Sign-ups will close on Aug. 18 at 12 p.m. ET.