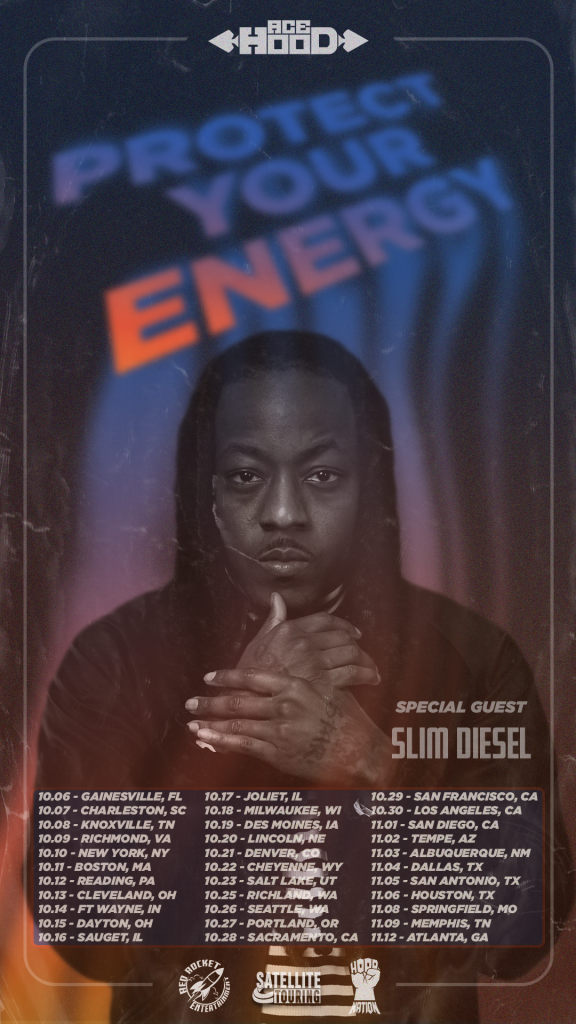 Ace Hood to Cross the Country on ‘Protect Your Energy Tour’

The next nationwide tour by Ace Hood, “Protect Your Energy Tour,” will begin in October. The 30-date journey, which features special guest Slim Diesel, gets underway in Gainesville, Florida, with stops in New York, Los Angeles, Dallas, and Houston before coming to an end on November 12 in Atlanta. The tour follows Ace Hood’s stellar performance at Rolling Loud.

The first track from Ace Hood’s upcoming B.O.D.Y. EP, “Energy,” was recently released, evidence that his mic skills are sharp.

Ace’s commitment to bettering himself via exercise is evident in the upcoming B.O.D.Y. EP, as he discussed to Men’s Health in a recent episode of Train Like.

B.O.D.Y. is the second EP in a series that began with M.I.N.D EP. M.I.N.D., which was released this spring, represented a new beginning for Ace.

You can see the full run of the dates below, and tickets are available here.