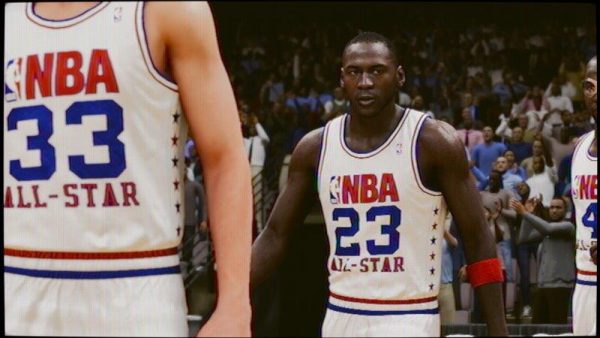 The Jordan Challenge mode for NBA® 2K23 has been updated with additional information and features, according to 2K. 15 selectable moments from Michael Jordan’s career are included in the game mode, allowing players to experience his history from his days as a collegiate star up until his game-winning jumper in the 1998 NBA Finals.

“The Jordan Challenge is an immersive experience unlike anything NBA 2K fans have seen, completely rebuilding the challenges from 2K11 and adding five new moments,” said Erick Boenisch, VP of NBA Development at Visual Concepts. “Our team took everything into consideration when constructing this game mode; the arenas, the players, the uniforms, the broadcast, and the play style of the era have been accounted for in an effort to give fans a truly authentic and unique playable Jordan experience.”

The Jordan Challenge features magnificent recreations of bygone eras, from the 1982 NCAA National Championship to the 1998 NBA Finals, as well as classic NBA moments and in-game advancements. Each challenge includes a pre-game interview with a famous person who contributed to what makes each game unique. A comprehensive presentational package that recreates the television experience of these games as they were originally broadcast during the 1980s and 1990s, showcasing the look, feel, and sound that transports players back to the original game, is available. This presentational package includes a complexly designed video filter system.

In addition, there are new distinctive style upgrades for legendary greats like Magic Johnson and Larry Bird, as well as increased physicality modeled on the court and in the paint, are included. These upgrades include all-new jump shot, layup, and slam packages.

For full details on the new Jordan Challenge, visit here, and you can see images from the game below.