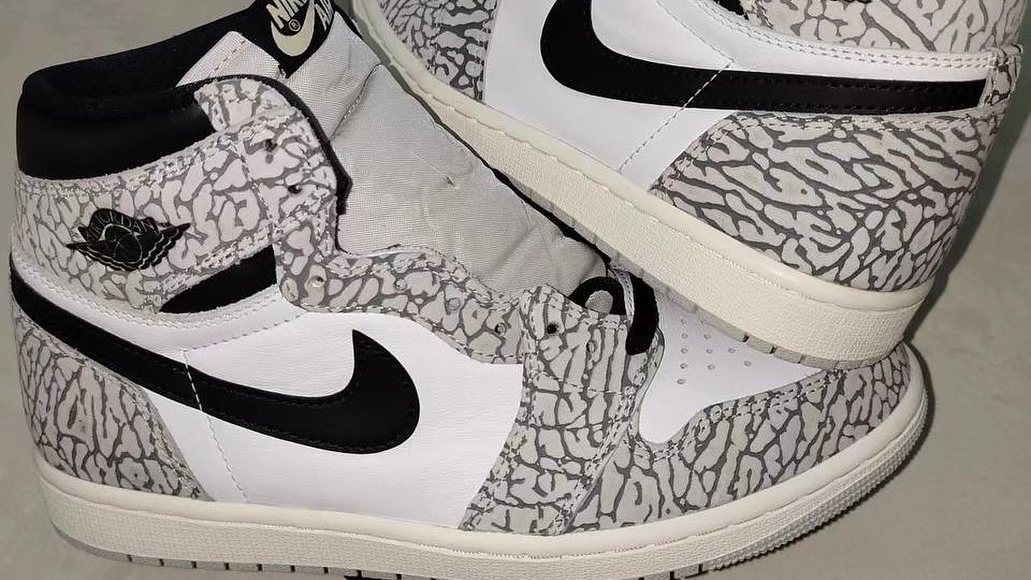 Jordan Brand will stick to the recurring trend of applying classic colorways onto different Air Jordan models with this new Air Jordan 1 makeup on the way.

Shown here is the previously unseen “White Cement” Air Jordan 1 High courtesy of @zSneakerheadz on Instagram. This pair appears to reference the Air Jordan 3 of the same name, with its signature elephant print covering the entirety of the overlay panels. The shoe also features white quarter panels along with a black Swoosh on the sides.

This isn’t the first time that the brand used the Jordan 3 as inspiration to create new Jordan 1 colorways. In 2015, a “Black Cement”-esque Jordan 1 High was released. There’s also a rumored “True Blue” Air Jordan 1 High that’s set to drop in January.

According to @zSneakerheadz, this “White Cement” Air Jordan 1 High is rumored to hit stores in March 2023 for $180.