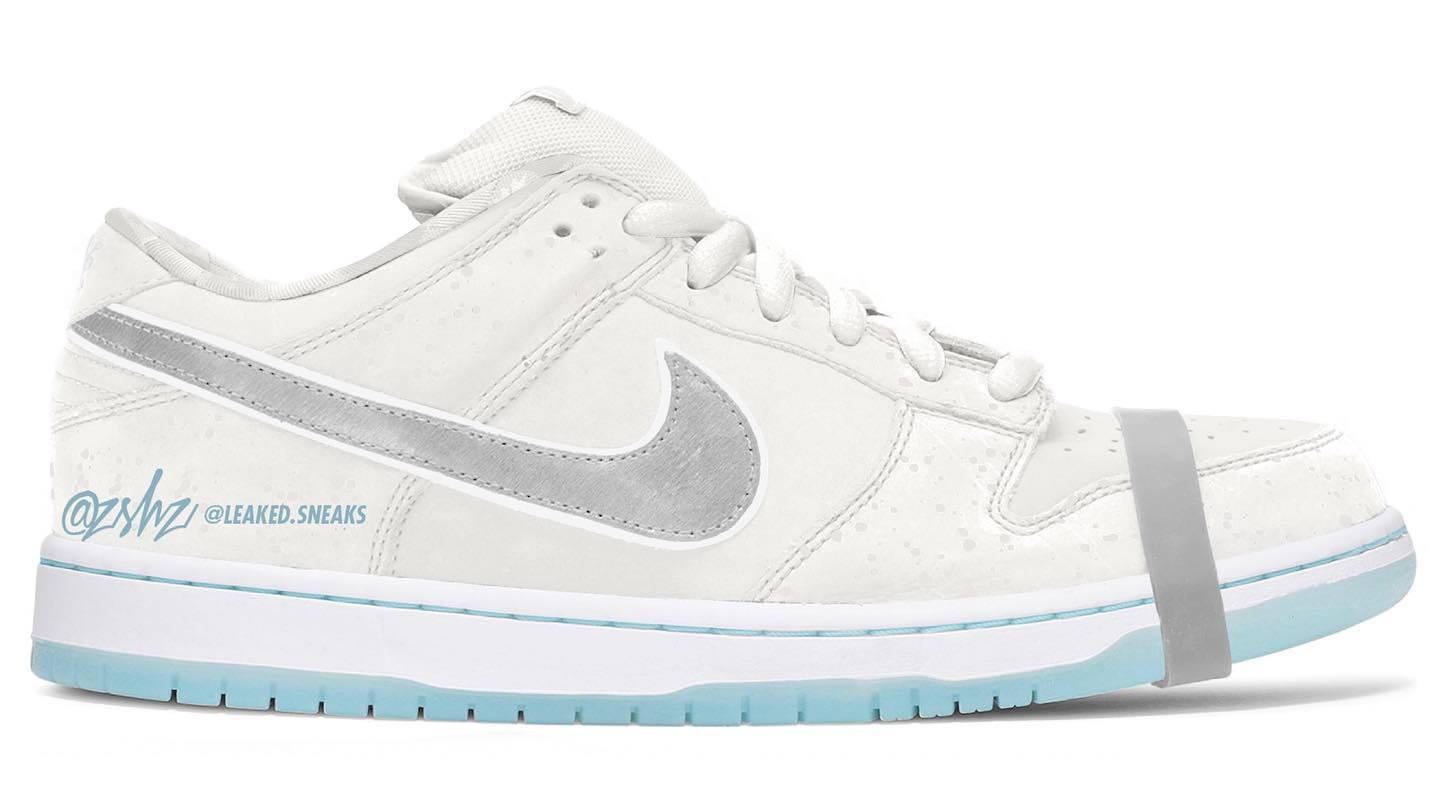 While fans eagerly await the release of the “Orange Lobster” colorway, reports have now emerged suggesting that another crustacean-themed Concepts x Nike SB Dunk collab is coming in 2023.

News of the rumored “White Lobster” Concepts x Nike SB Dunk Low collab was first reported by both @zSneakerheadz and @Leaked.sneaks on Instagram today, but a source familiar with the project have told Sole Collector that the purported colorway will be exclusive to friends and family of the brands.

Photos of the upcoming collab have yet to leak, but a mock-up rendering shared by the aforementioned leaker accounts show that the shoe will don a white-based color scheme, with speckled details on the forefoot reminiscent of a lobster’s body. The forthcoming pair is also expected to feature a white midsole with a blue outsole.

Concepts and Nike SB kicked off their ongoing series of “Lobster” SB Dunks in 2008 when the duo delivered the original red-based colorway of the project. The collaborators followed it up one year later with the “Blue Lobster” release and created the ultra-rare friends-and-family exclusive “Yellow Lobster” iteration. They commemorated the 10-year anniversary of the series in 2018 by combining the red and blue pairs as well as the blue and yellow makeups to create the respective “Purple Lobster” and “Green Lobster” makeups.

At the time of writing, neither Concepts nor Nike SB have unveiled images of the rumored “White Lobster” SB Dunks.