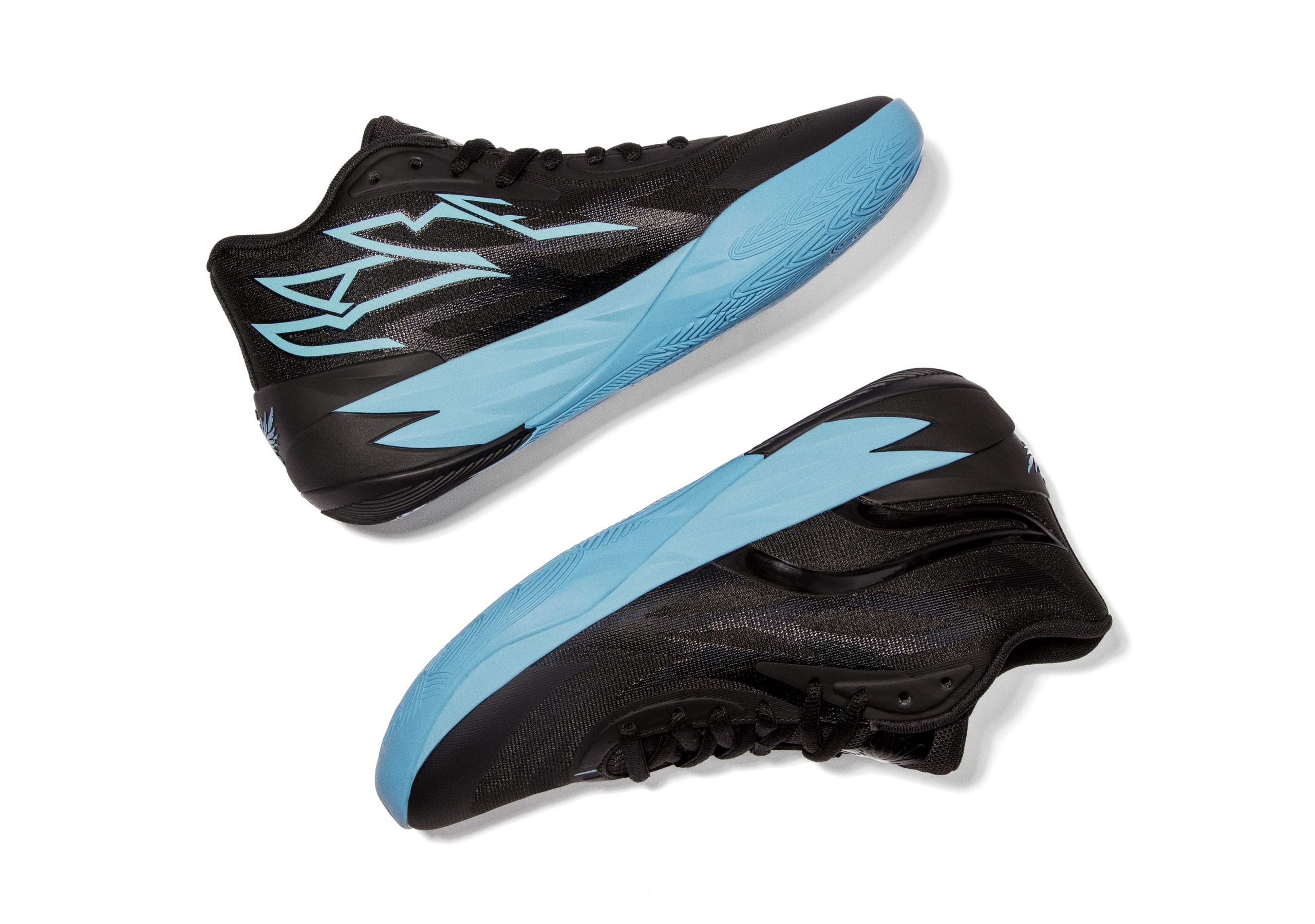 LaMelo Ball’s on-court appearances in the current NBA season have been few and far between due to injuries, but that isn’t hindering his Puma MB.02 releases.

The next drop for Ball’s second signature shoe is this “Phenom” colorway shown here. The latest pair dons a Charlotte Hornets-esque makeup, with a predominantly black engineered mesh upper and teal accents on the medial side. The silhouette also features Ball’s signature logos printed on the heel as well as on the tongue. Continuing the Hornets-themed look is a two-tone Nitro foam midsole while the tread on the outsole mimics Ball’s wings branding.

Readers will be able to cop this “Phenom” Puma MB.02 starting on Wednesday, Nov. 23 at 10 a.m. ET at Puma.com, the Puma app, the Puma NYC Flagship store and at select Puma stockists. The shoe retails for $130.