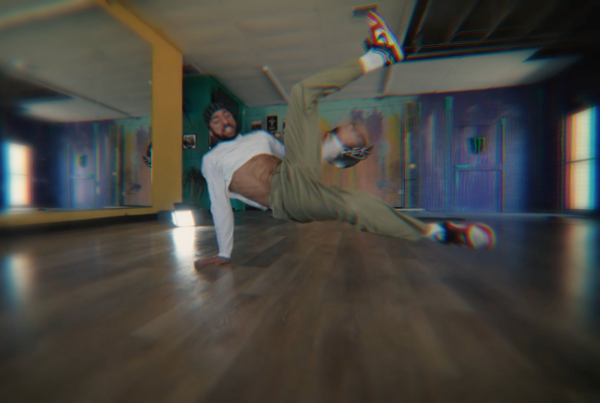 Moises “B-boy Moy” Riveras, is a legend in the world of breakdancing. He most recently helped to bring breakdancing to the 2024 Olympics as a competing sport. Before breakdancing hits the world stage, B-boy Moy has partnered with Monster Energy on the Dream Circles series to bring awareness to the art form.

Rosario, respectively known as “Gravity” in the breakdancing world, started as an all-around gymnast at a young age. At sixteen he had already won state championships, and regional championships and taken home over twelve first-place medals. The Long Island City native admits that he started to get bored with winning and being inspired by the 2004 dance film You Got Served, he began to explore the world of breaking.

A complete full-circle moment, Gravity is now making his way to the 2024 Olympics as one of the most influential breakers in the world.

“That was the foundation to my breaking. Because of that discipline, I was able to bring that into breaking and I elevated faster than anybody can imagine…what took people ten years to accomplish, I was doing in three. If it wasn’t for gymnastics, I would not have been able to set the bar” says Gravity.

“He’s actually the first one I’ve seen do a roundoff back double in a battle, dude is light on his feet and he’s not afraid,” exclaims breakdance legend Ken Swift.

Miguel is one of twelve breakers sponsored by Monster Energy. Check out his episode on November 23 showcasing Gravity’s transition from a championship gymnast to a world-renowned breaker set to take the Olympics in 2024.

Share your thoughts and comments with us on social media.