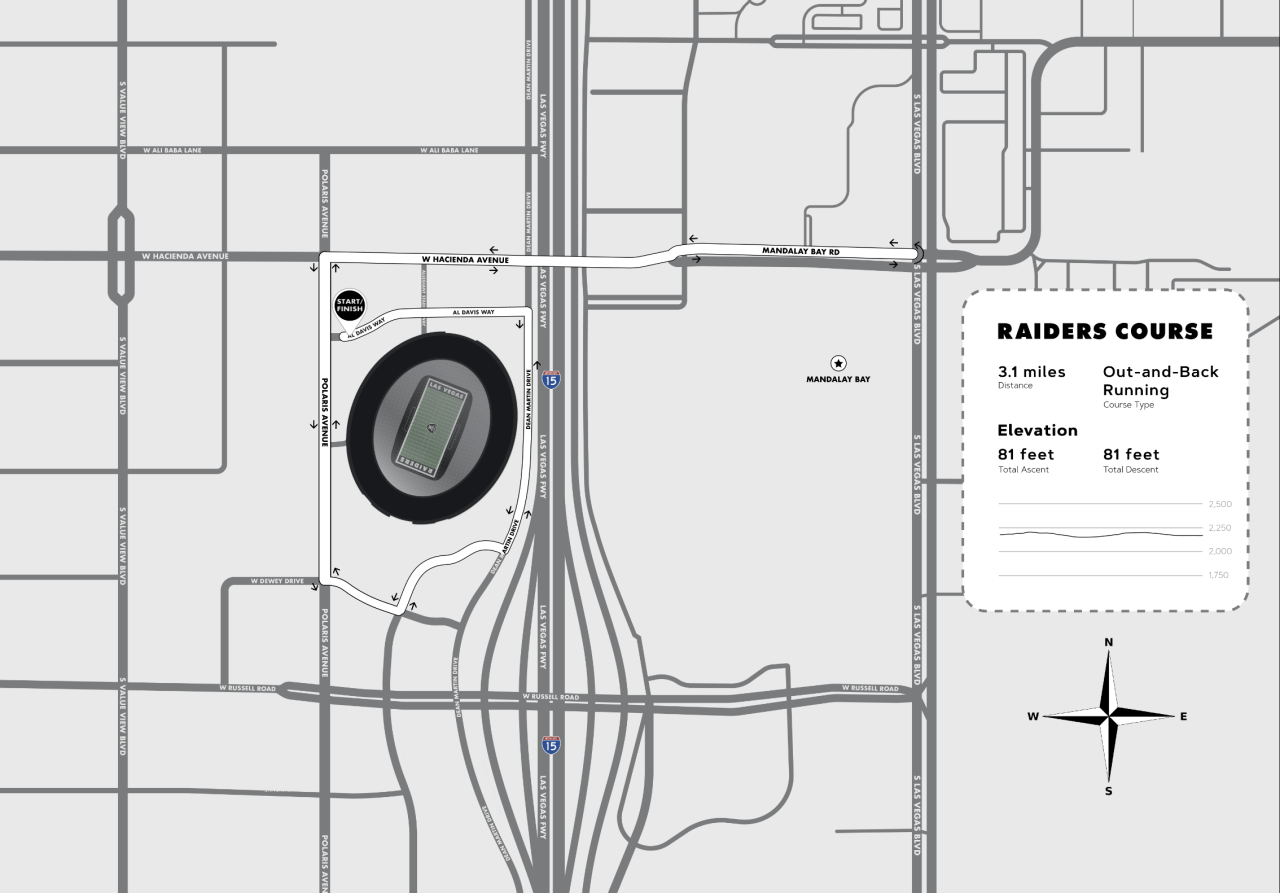 LAS VEGAS (KTNV) — The Las Vegas Raiders have announced the organization will bring back its “Raiders 5K,” benefiting the Raiders Foundation.

The event will raise funds and awareness for mental health in the fight to end teen suicide in Nevada. The Raiders Foundation will announce which local Las Vegas charity supporting mental health it will donate 5K funds to at a later date.

“Nevada’s teen suicide rate is among the highest in the nation and is the 8th leading cause of death in our state,” said Alan Diskin, Raiders Foundation executive director. “The Raider 5K and opportunities like this, where we can gather as a community to raise awareness and make a difference, is what the Raiders Foundation is all about.”

The race will be held both virtually and for the first time, in person at Allegiant Stadium on Saturday, March 4.

“We are a resilient community here in Las Vegas and throughout Raider Nation,” said Sandra Douglass Morgan, president of the Las Vegas Raiders. “This city has proven time and time again that when we come together to make a collective impact, we are powerful. We are proud of our incredible fans, family and community who join us in these initiatives to support healthy communities.”

The 3.1-mile race will include an out-and-back format, with runners heading North along Polaris Avenue and turning East along West Hacienda Avenue before making the turnaround back toward the stadium at South Las Vegas Boulevard.

Here’s an overview of the Raiders 5K route:

The 5K race for mental health awareness will feature a series of age-group races, where runners will self-seed and will start in waves.

Pricing for entry will begin with early bird pricing at $50 for in-person runners and $40 for virtual runners. Season ticket holders will receive a 20% discount on entry. Race tickets are on sale now and are limited to availability. More information on race day and details on purchasing tickets are available at raiders.com/5k.

Just don’t be as crazy as this guy | CARTOONS