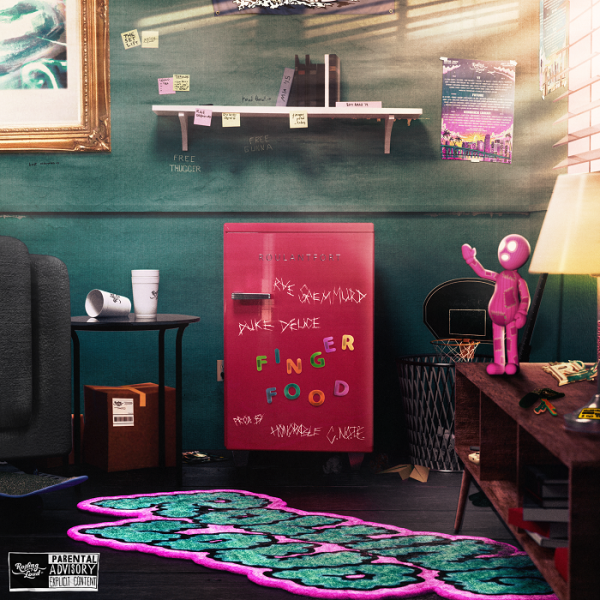 Rolling Loud has released their debut single, “Finger Food,” featuring Rae Sremmurd and Duke Deuce. The new single will usher in the 2023 festival season and will be the first single off Rolling Loud’s debut album.

The cover art has Rolling Loud 2022 lineup posters in the corner, RL’s Loud Punx character waving hello, merch littered across the coffee table, and some hints on the bookshelf.

In other Rolling Loud news, the roster for Rolling Loud California 2023, the first festival of the year for the renowned brand, has been revealed. The star-studded lineup, which includes dozens of the genre’s top names, is led by Houston superstar Travis Scott, ATL trap icon Future, King Vamp himself, Playboi Carti, and special guest Lil Wayne. Local icons and up-and-coming artists also lend some distinctive West Coast flavor to the lineup. On March 3-5, 2023, Rolling Loud California makes its first appearance in Los Angeles County since 2019.

The 300-acre Hollywood Park will play host to the inaugural Rolling Loud California music festival in 2023 on the grounds next to SoFi Stadium in Inglewood, California.

You can see the full lineup below.