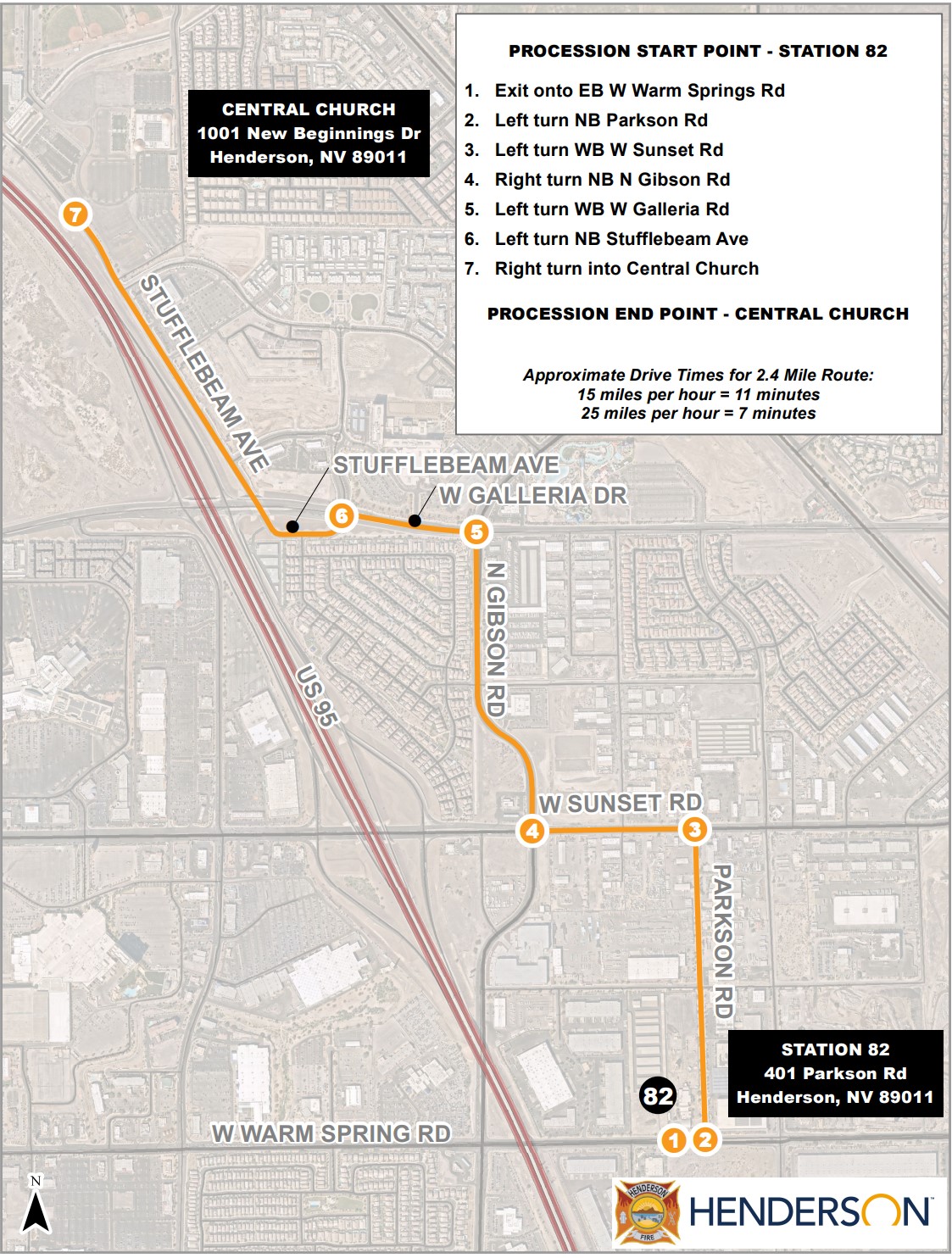 A Henderson firefighter who took his own life will be memorialized Thursday as a line-of-duty death because of how on-the-job exposure to trauma contributed to his suicide, the city’s fire chief said.

Clete Najeeb Dadian, who had worked for the Henderson Fire Department for just short of 23 years, died at his home on Dec. 12. He was 59.

White said that a firefighter’s constant contact with calamity in all its forms takes a toll. Without getting specific out of respect for his family’s privacy, White said Dadian suffered from that turmoil.

“You see tragedy every day, every day all day,” White said. “In Henderson we get about 100 calls a day in our community, and none of those calls are good news.”

White said there is an “epidemic” of firefighters taking their own lives.

The city of Henderson said in a news release that a motorcade of city fire and police will escort Dadian’s remains from the Henderson Fire Training Center near West Warm Springs Road and U.S. Highway 95 to Central Church.

Central Church is a Henderson megachurch that in recent years has served as the venue for funerals of first responders, including that of Metropolitan Police Department officer Truong Thai, who was shot and killed while responding to call in October.

The celebration of life for Dadian will begin at 1 p.m. Thursday and is “open to any in the community who wish to pay their respects,” the news release said.

“Dadian’s death is a reminder about the chronic workplace stress that first responders face from repeated exposure to traumatic events, making them more vulnerable to suicidal thoughts,” the release said.

“We’re having more and more people taking their own lives,” White said. “This job has a significant impact on your mental health.”

Asked if the death-in-the-line-of-duty designation would affect any benefits afforded to Dadian’s family, White said, “Those things are still to be determined” and that the national conversation about suicide because of work-related exposure to trauma is still happening.

In August, President Joe Biden signed a bill called the Public Safety Officer Support Act, which expanded the definition of a line-of-duty death to include so-called “trauma-linked” suicides of police officers, firefighters and emergency responders. As a result, their families are now allowed to apply for death benefits.

”The Henderson Fire Department and Dadian family ask the community to reach out and offer support to anyone who is feeling anxious, depressed, hopeless or needs to talk,” the Henderson news release said. “The National Suicide Prevention Lifeline provides free and confidential support for people in distress at 988 or 988lifeline.org.”