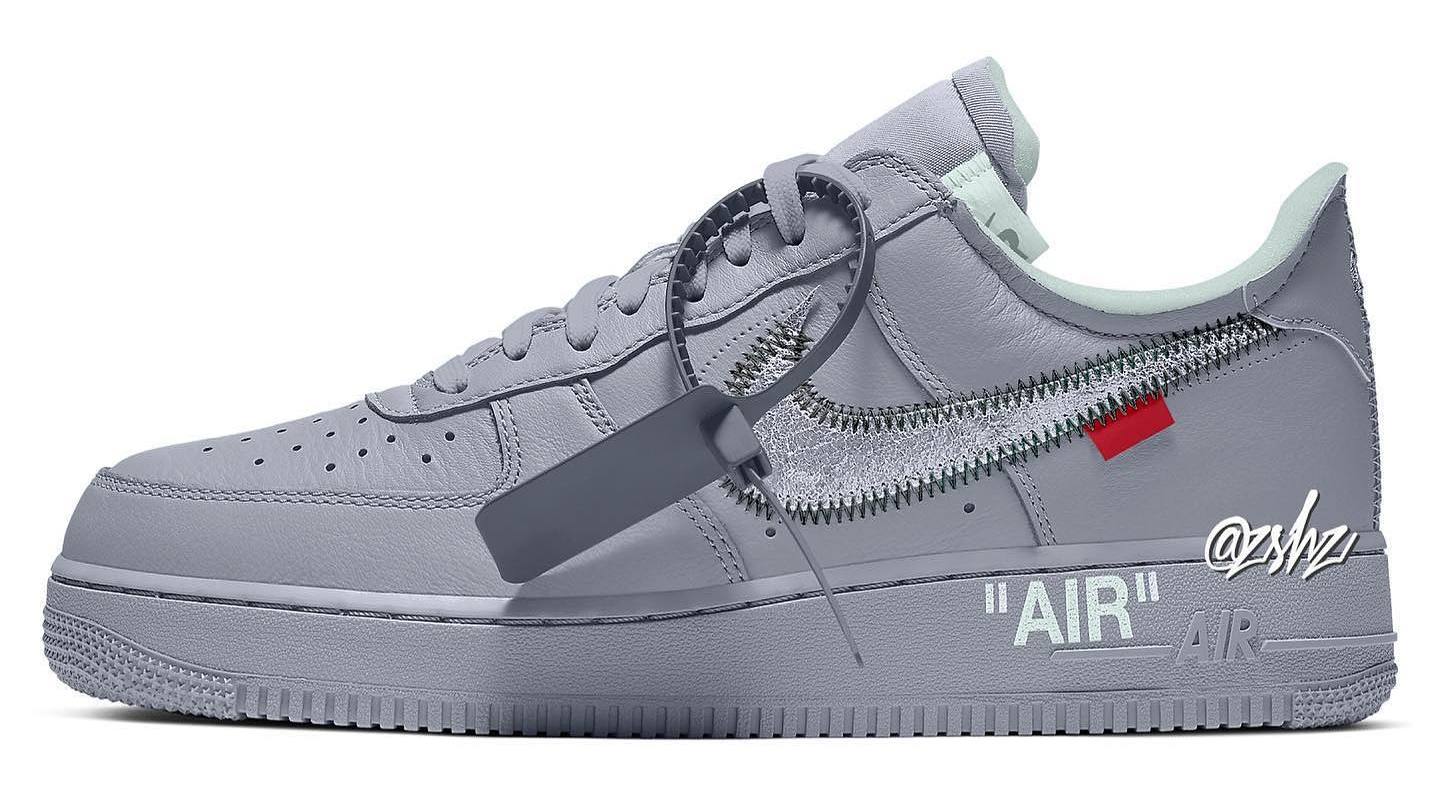 As initially reported by Complex Sneakers in September, there are more Off-White x Nike Air Force 1 collabs coming in 2023. Now, new details about one of the styles have surfaced.

There are no images of the collab available at the time of writing, but a mockup depiction from @zSneakerheadz suggests that the purported shoe will follow the same formula on past Off-White x Nike Air Force 1 Low releases linked to Abloh’s “Figures of Speech” exhibits. The shoe is expected to feature a predominantly grey color scheme, deconstructed silver Swoosh logos on the sides, and a zip-tie attached to the shoelaces.

There are no release details available for the rumored France-exclusive Off-White x Nike Air Force 1 collab but we’ll keep you updated with new developments as they become available.